Seven Minute Frosting and a Giveaway

If you are looking for a light, fluffy frosting with tons of vanilla flavor, I’ve got your answer!  Whip up a batch of this easy seven minute frosting the next time you bake a cake or cupcakes. 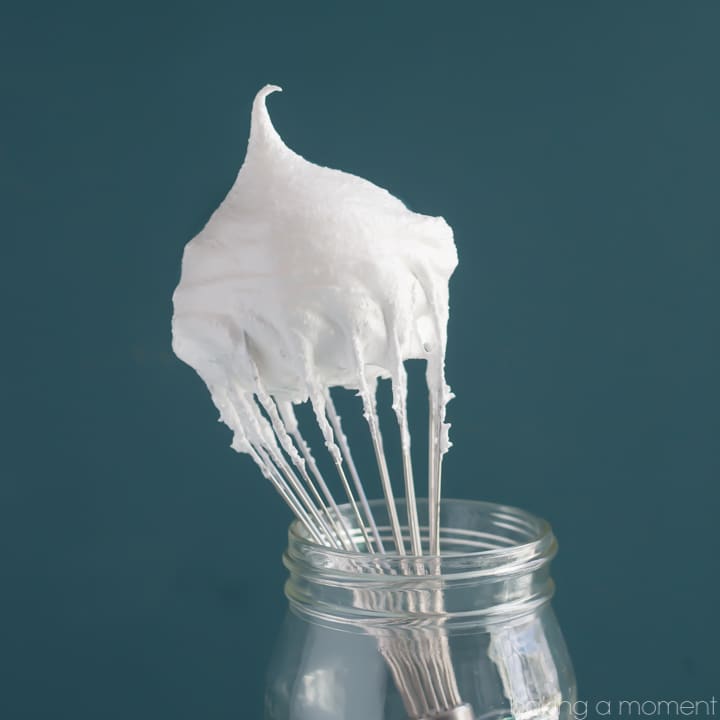 Did you have a nice weekend?  Ours was one of the nicer ones we’ve had in a while.  It was pretty jam-packed with activity, not a lot of down-time, but we just enjoyed the heck out of it.

On Saturday we had a little league game (as always), and then we headed home to get cleaned up and then right back out for the rest of the day.  My brother- and sister-in-law had offered to take my boys to the Franklin Institute for the big Lego exhibit, as a birthday gift to the both of them.  They had an absolute blast, and Mr. Allie and I enjoyed some much-needed grownup time, just the two of us.  We walked all around the Walnut Street area, popping in and out of shops (the original Anthropologie store and Di Bruno Brothers being a couple favorites!), stopping here and there for a cocktail or two along the way.  I’m loving the mixology trend that’s happening right now.  The drinks are really fun and unusual, and a bit fussy (in a good way!) so I’m happy to have somebody else making it for me!  I had a traditional Pimm’s Cup at Village Whiskey, a blackberry/St. Germain/tequila thing with fresh basil at The Dandelion, and a super ginger-y rum drink with lemongrass at Franklin Mortage.  Franklin Mortgage is a really cool, kinda mysterious speakeasy-type bar with some really creative cocktails.  If you’re ever in Philly I highly recommend checking it out! 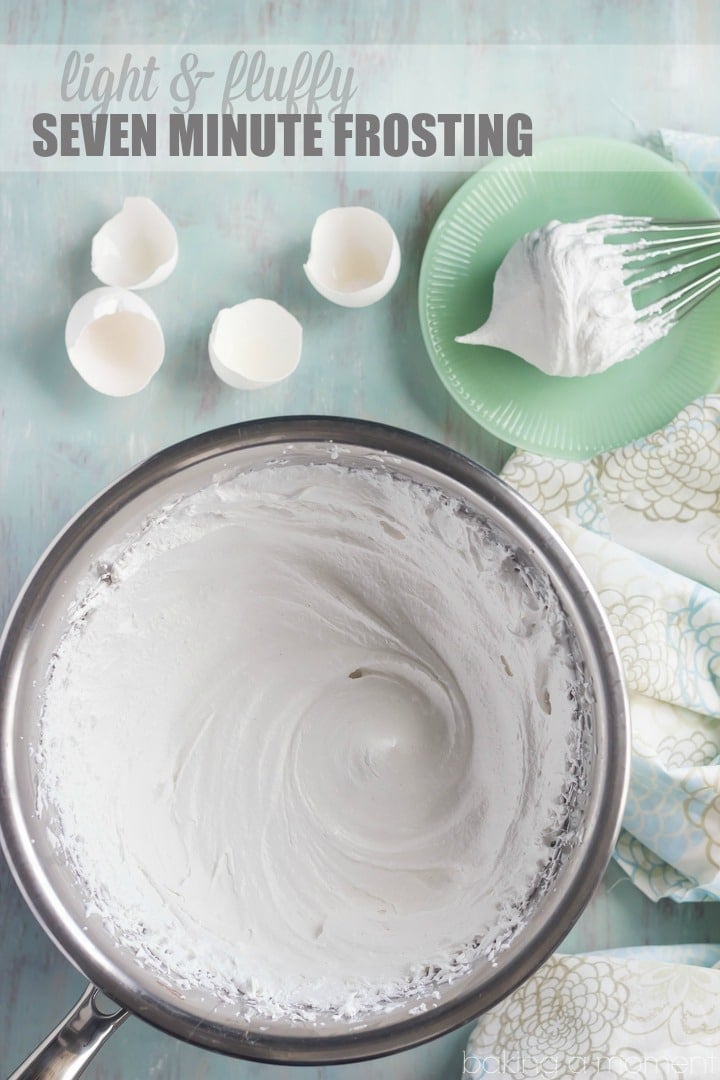 Sunday was equally full, with yet another little league game, our first mow of the season, and me puttering around in the kitchen with this fabulous frosting recipe.  Have you ever had Seven-Minute Frosting before?  It’s one of my all-time favorites.  Made with little more than egg whites, sugar, and vanilla, it’s light as can be and reminds me a lot of marshmallow fluff.

Basically all you do is combine a handful of basic ingredients in a bowl set over simmering water, and whip it for seven minutes.  Easy peasy!  You’ll love this frosting on chocolate cake– it’s such a classic combo! 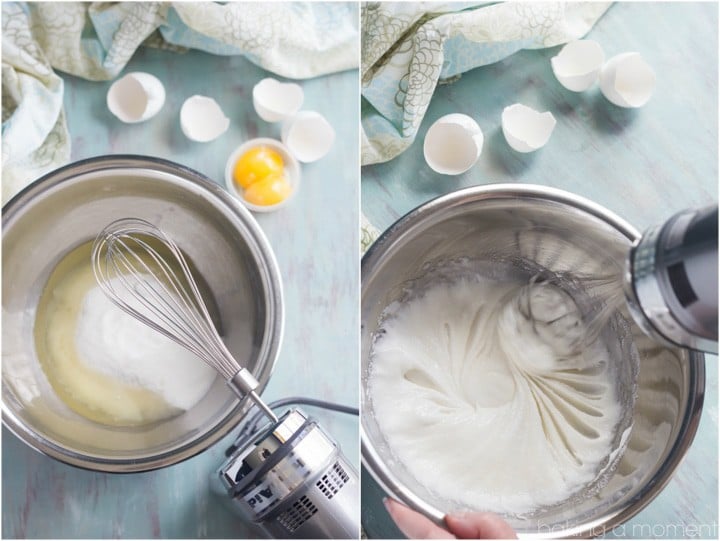 Most of the time I rely on my stand mixer when baking, but for certain things, the mobility you get with a hand mixer is a must.  This is one of those such things.  I used my brand spankin’ new KitchenAid 9-speed Hand Mixer, and it was perfection. 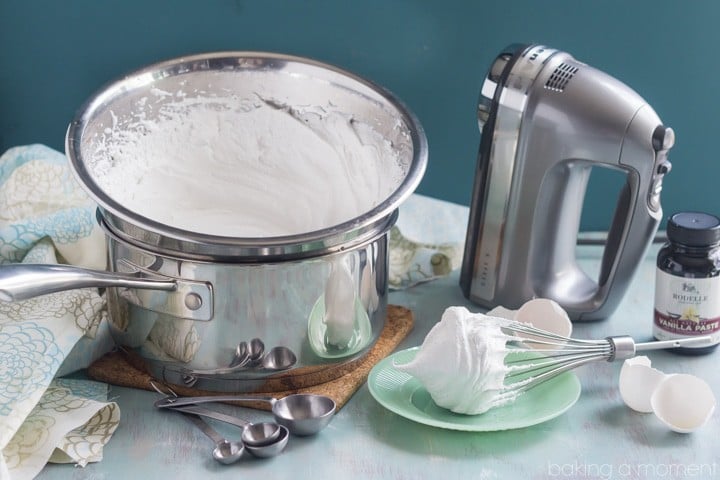 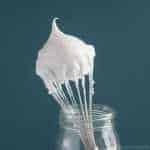 If you are looking for a light, fluffy frosting with tons of vanilla flavor, I've got your answer! Whip up a batch of this easy Seven Minute Frosting the next time you bake a cake or cupcakes.