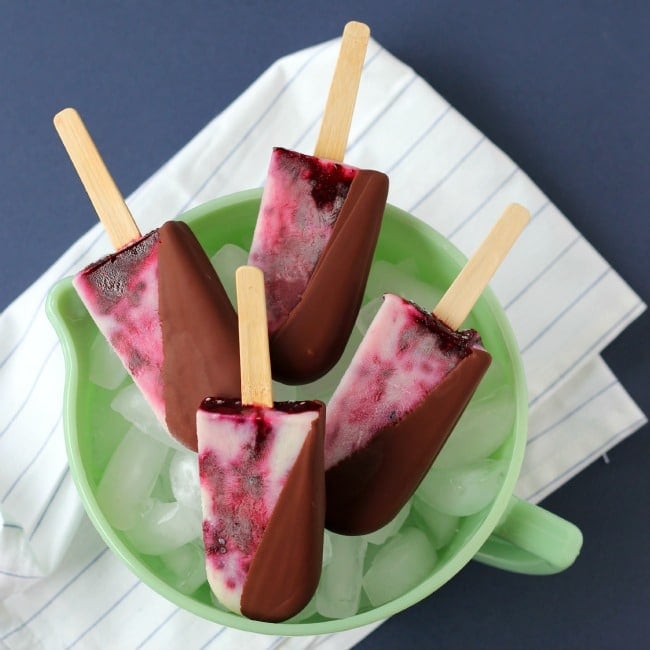 Hello, all my dear sweet toothies!  I hope you are enjoying your summer!  I can’t believe it’s almost August already and just three more weeks until school starts!  Aaack!  We gotta squeeze every last drop outta what’s left of this bugger.

I couldn’t let the whole summer go by without a few experiments with my popsicle mold.  A few weeks ago I threw some chocolate banana nonsense together and it was seriously out of control.  I’m kicking myself for not writing down what I did because it was totally knock your socks off.  I’ll have to give it another go and hopefully I can recreate the magic.  I do remember bananas, Nutella, greek yogurt, and cocoa powder being on the scene…

But today I wanted to do something a little more grown-up, and with blackberries!  Yeah, baby…  Where I live, blackberries are kind of a special treat.  Even at the height of their season they are pretty spendy.  I paid $3.69 for just a half-pint, so they tend to feel exotic to me.  Yes, my world is quite small.  I think they’re more readily available over on the west coast since I see so many bloggers over there doing all sorts of amazing things with them, like, all the time.  For me, I probably only enjoy them once or twice a year, so they’re kind of a big deal for this food nerd.

I love, love, LOVE blackberry chip ice cream, but since I am trying my darndest to shed a few pounds (whomp, whomp), I wanted to do something a little more figure-friendly.  I recently made these biscuits for my husband, subbing in some buttermilk (totally amazing, btw, I will never try another biscuit recipe again… solemn vow), so there’s quite a bit of it still lingering in my fridge… 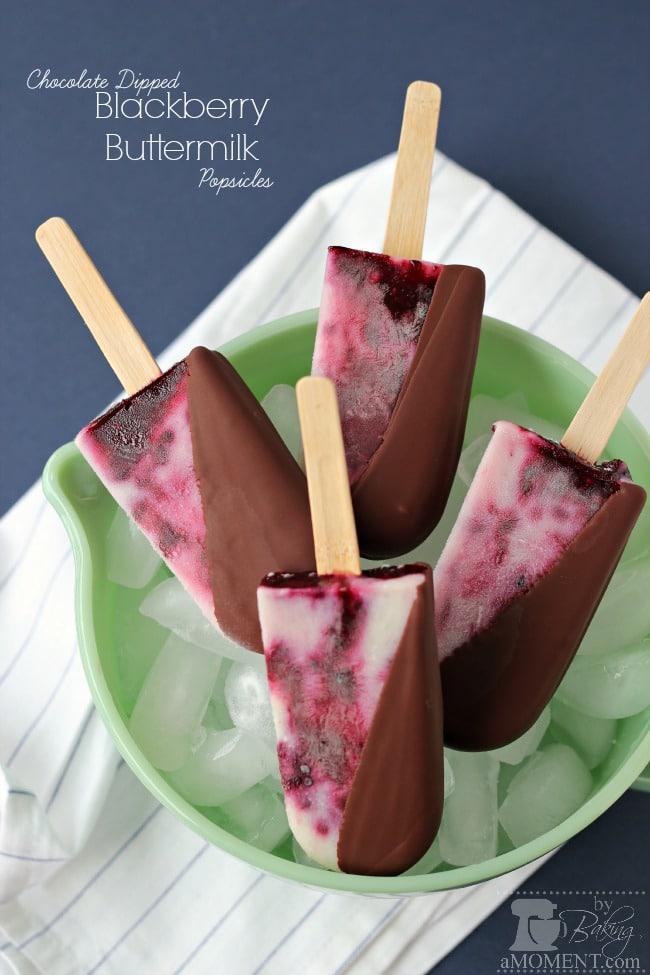 Did you know buttermilk is really low in fat?  I swear, google it.  I know it sounds like it’d be really naughty because of the “butter” bit.  But it’s actually the byproduct of making butter, so all of the fat goes in the butter and what’s left behind is the buttermilk.  It has a great, thick and creamy texture and a little bit of a tangy flavor.  (Also don’t freak out if it looks a little lumpy.  That’s normal and you can whisk out the lumps really easily.)  It’s perfect for popsicles, ice pops, ice lollies, whatever you like to call them. 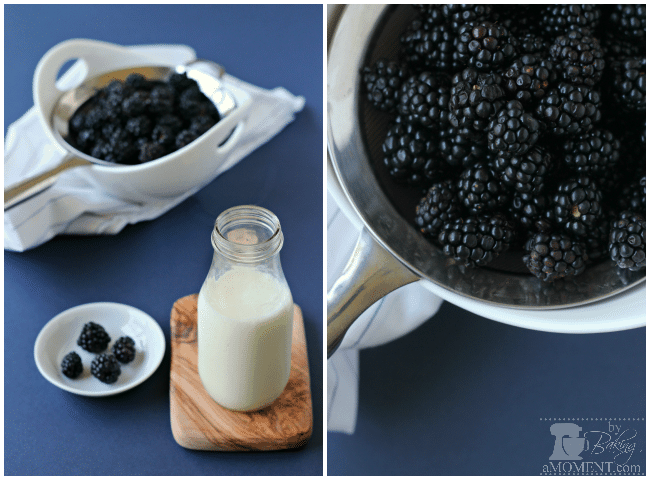 I sweetened my blackberry buttermilk popsicles with sugar, but I toyed with the idea of using stevia instead.  It would definitely lower the calorie count, but I didn’t know if it would freeze well, so I just fell back on what I’m used to.  Also I just didn’t feel like buying it, so, there’s that, if you must know.  If you try it with stevia please let me know how it works and maybe I’ll get up off my tush and head to the store.  😛

The blackberries just get simmered with a little sugar and cornstarch to make a nice compote.  It’s quick and easy and you could use it on just about anything.  If not for this blasted diet I’d be spooning it over some of those above-mentioned biscuits, no joke. 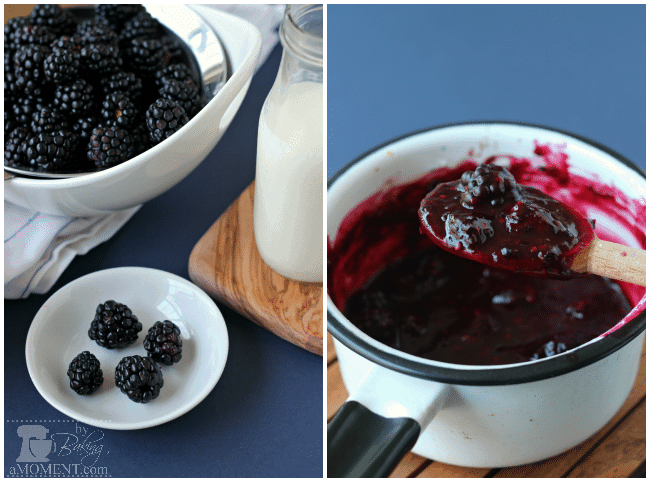 Just layer the sweet buttermilk into molds, alternating with layers of that fruit-chunky blackberry compote, and freeze! 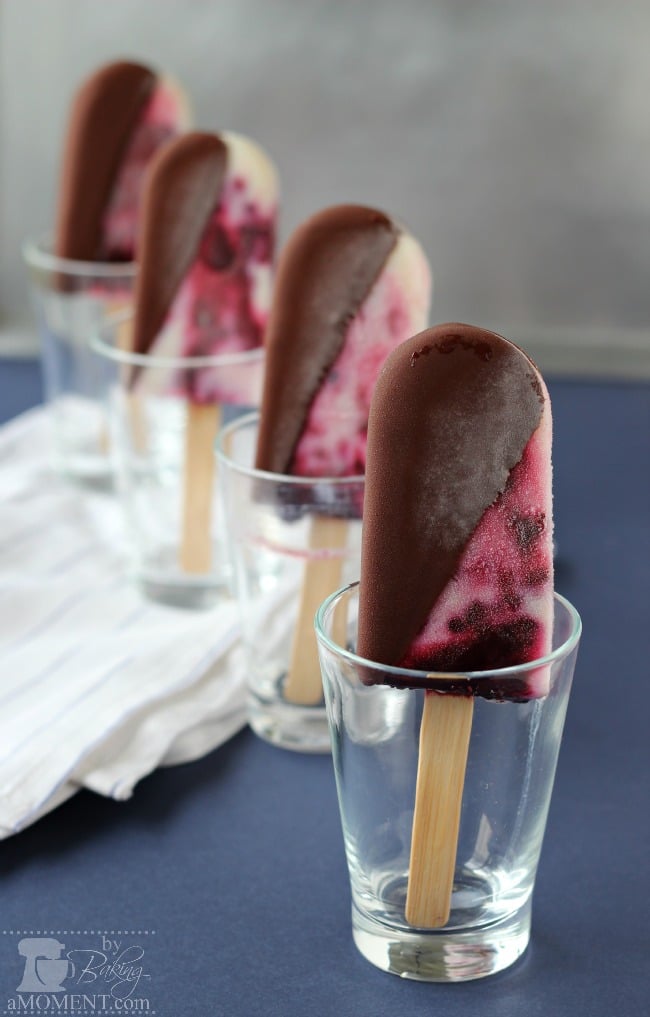 I also chose to dip mine in a little homemade chocolate magic shell action, to really give it that blackberry chip ice cream mojo… 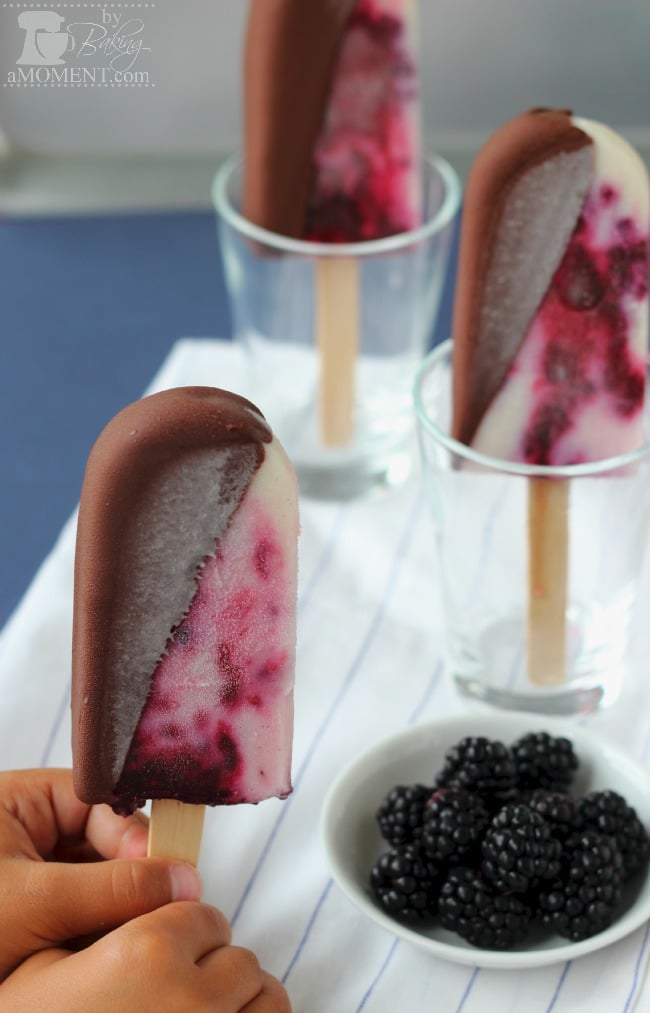 These babies are so summery delish!  I’m all about sitting on my patio with one of these, watching my kiddos bounce around as the sun sets and the fireflies put on their nightly show.  They are not quite as virtuous as my last dessert, but at just a few calories a pop, they’re still not too shabby.  Five extra minutes on the ol’ elliptical makes them totally doable and a terrific reward at the end of your summer day! 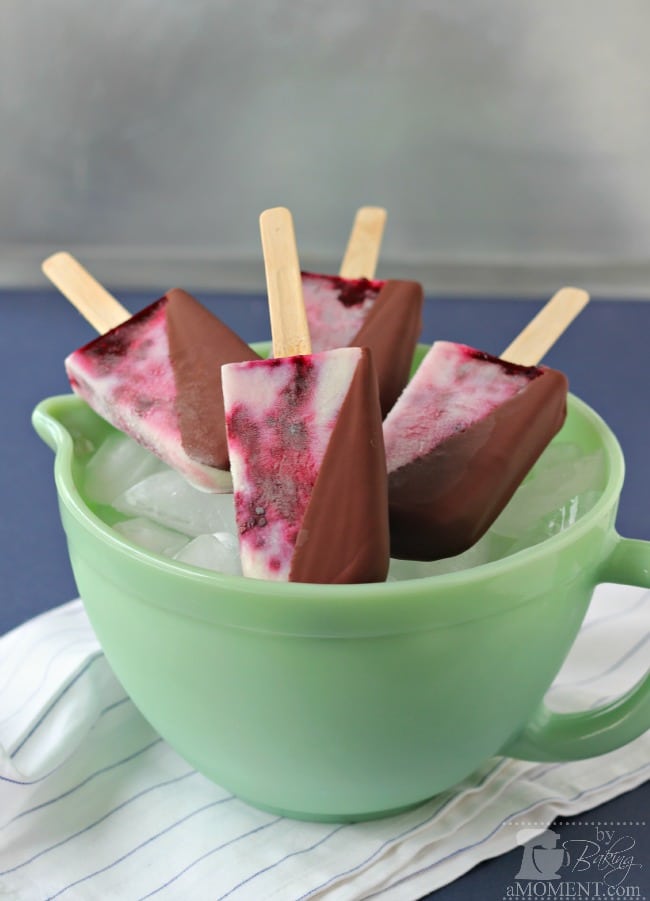 Oh, and gluten-free, once again! 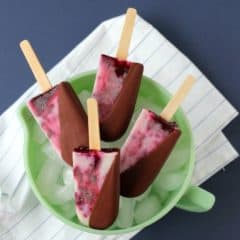 There will be extra magic shell. It'll keep for months in a jar in your cupboard. Enjoy over ice cream! Or, make more popsicles ?