These homemade fudge pops are such a fun frozen treat!  And they’re mess-free because they don’t drip and leave stains like the regular kind.  Your kids will love ’em and so will you! 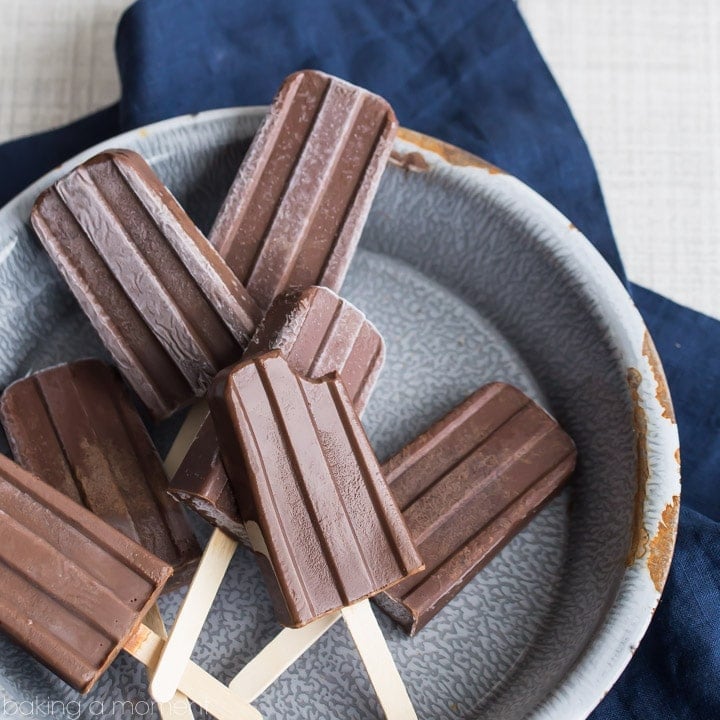 Summer is in full swing and at my house that means lots of ice cream and popsicles!

Fudgesicles are a current obsession for my youngest.  He just discovered them this year and he’s in his glory.  Every day when he gets home from day camp, he’s poking his head in the freezer and asking for a fudge pop.  We were going through boxes of them like there’s no tomorrow, when I decided it would probably be much easier and more cost effective (and a little healthier!) to make a homemade version for him.  So I browsed around on Pinterest and quickly found a recipe that looked identical to the store-bought kind he’s so infatuated with.

It was a huge success, they were so easy to make and the taste was identical.  I don’t think he could even tell the difference.

But there was a down side.  They were melt-y and they dripped like crazy and made a huge mess.  They left stains everywhere, on the carpet, on the sofa, on his clothes.  Cocoa is really hard to get out in the wash.  We ended up having to make him eat them outside, they were such a problem.

Now I’m a problem solver.  If you put a problem in front of me, I don’t rest until I come up with a solution.  So, I put my mind to it and came up with this:

There’s a secret ingredient that works like a charm.  It’s gelatin.  Simple to use and easily available on your regular grocery store shelf.

Just whisk together sugar, cocoa, and a pinch of salt, then stir in the milk and cook it over medium-low heat until everything’s dissolved together.  You can use any kind of milk you want- whole, 1%, almond milk, coconut milk… whatever you keep on hand.  We buy 1% so that’s what I used and it tastes great.  Once you’ve got it nice and hot, just add in the gelatin and let it melt.  Stir in a little vanilla extract for flavor and pour it into your molds.

I just got this mold and I LOVE it!  The popsicles look just like the kind you get in a box.  This is so key when feeding picky children. 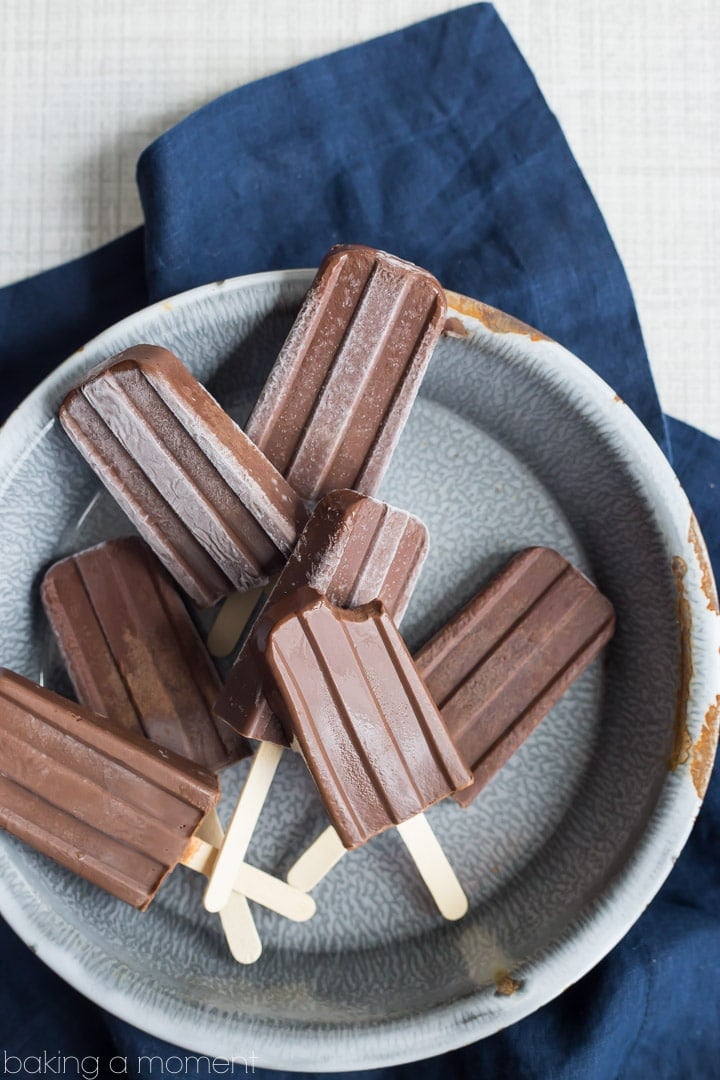 If you have any trouble releasing the fudge pops from their mold, try running them under hot water for just a few seconds.  It really helps get them un-stuck!

Now we can all eat fudge pops to our heart’s content, and nobody’s confined to being outside.  It’s a total win!

If you’ve got messy little chocoholics like I do, definitely give this recipe a try.  It’s so great for summer! 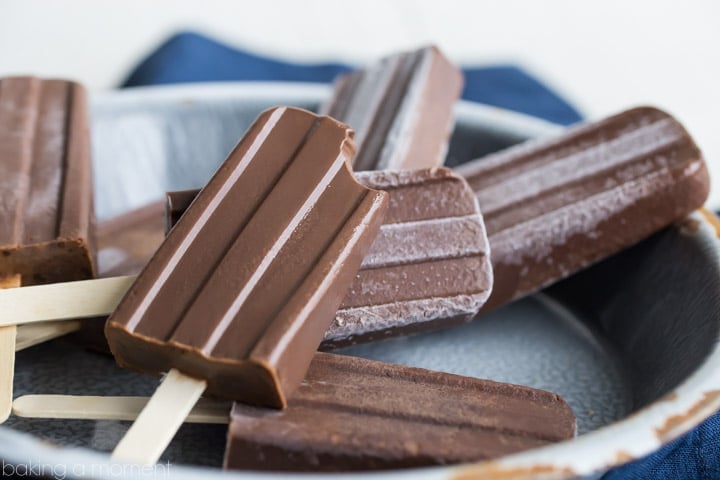 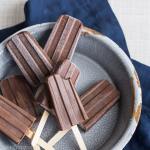 These homemade fudge pops are such a fun frozen treat! And they're mess-free because they don't drip and leave stains like the regular kind. Your kids will love 'em and so will you!