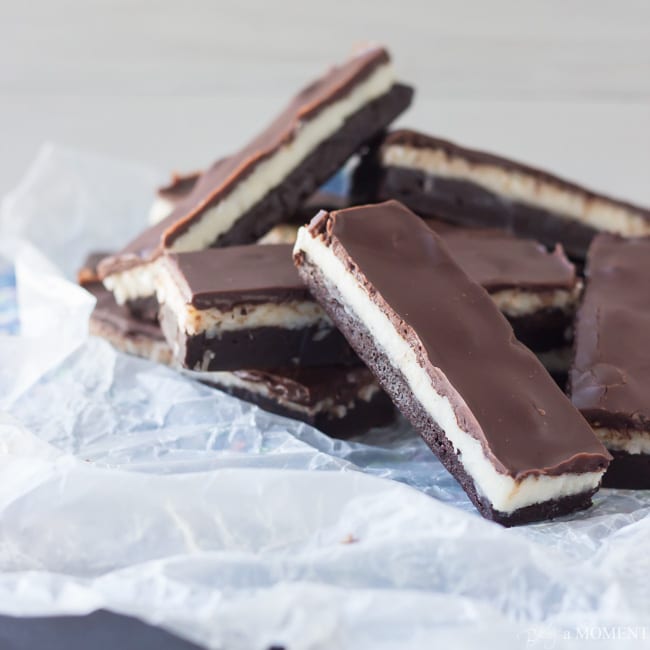 Omg you guys.  The craziest thing is happening to me!

I never thought I’d say this, but…

Wha???  How did that happen?  Is that even possible?

Seriously, how can somebody go from being a coconut hater for nearly 40 years, to a coconut lover, almost overnight??? 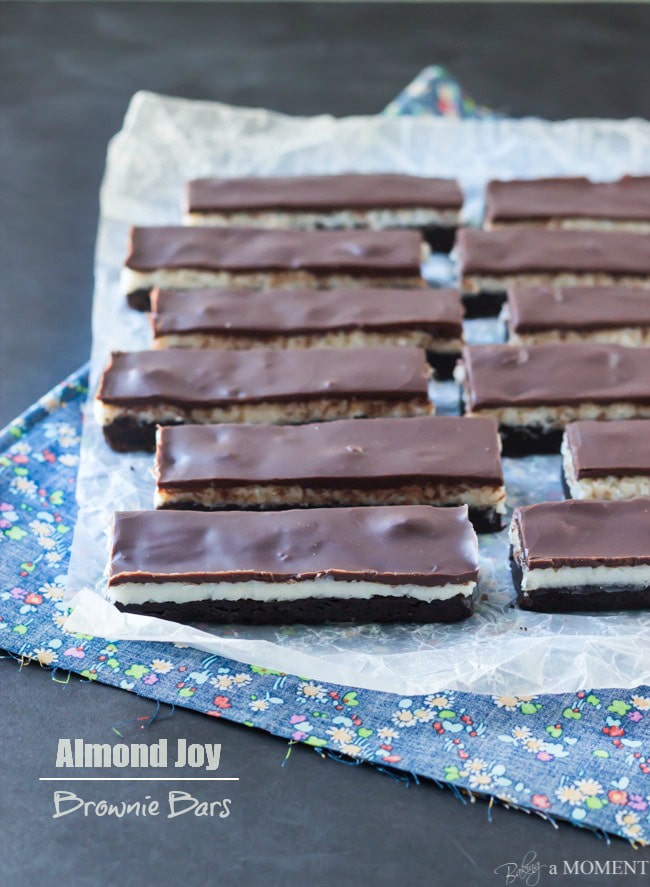 Really, it began for me with coconut milk.  After having it in Thai curry, I had no trouble deciding that the flavor of coconut is woooonderful, but maybe it was just the texture I had been hating for all my life.

*Why is coconut such an Easter thing, anyway?*

Anyhow, back to the bars, and my complete coconut 180.  My husband loves coconut and has always wished for me to make more coconut desserts.  I did intend to do this before Easter, but I had so many coconut ideas I didn’t know which one to try first.  I settled on a coconut ice cream cake for Passover, which I made by layering Luna & Larry’s Coconut Bliss Naked Coconut Milk ice cream between layers of almond dacquoise.  Then I topped it with a chocolate glaze which was delicious but extremely sloppy and not blog-post-worthy.  I would love to share the recipe with you at some point, because: A) it was the bomb, and B) it was gluten and dairy-free.  But I need to tweak/perfect it a bit so it looks as good as it tastes.  The ice cream totally made it!  This coconut ice cream is so unbelievably creamy, and the flavor is outta this world, but it did have little bits of coconut meat running throughout.  Which I thought I didn’t like, but the more I licked it off my fingers, the less I minded it.

-No, Luna & Larry’s is not paying me to say that.  I just really liked their ice cream.  Or rather, non-dairy frozen dessert.  Also it’s organic, low glycemic, gluten-free, soy-free, and vegan.  So, you know.  Go nuts.-

Fast forward to two weeks later, when I’m finally getting around to using the bag of sweetened grated coconut I had purchased back when I didn’t know which coconut direction to go in.  I’m whipping the coconut into soft cream cheese + vanilla extract, tasting for sweetness, and having a complete coconut epiphany.  Cue the choir of angels!  Hallelujah, and praise be to coconut! 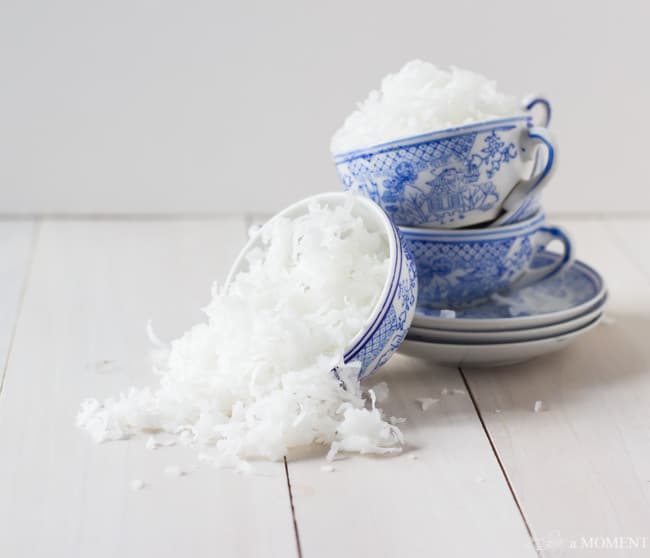 This is an easy recipe that just begins with your favorite brownie recipe.  Do you have a favorite brownie recipe?  You know I do.  It’s dense and fudgy and extremely dark-chocolatey.  You’ll only need one bowl and no mixer, and it’s completely made from scratch, with pantry staples.  It’s one of the most popular recipes on this blog!  If you don’t already have a box in your cupboard, or an old standby recipe, I think you’ll really like this one! 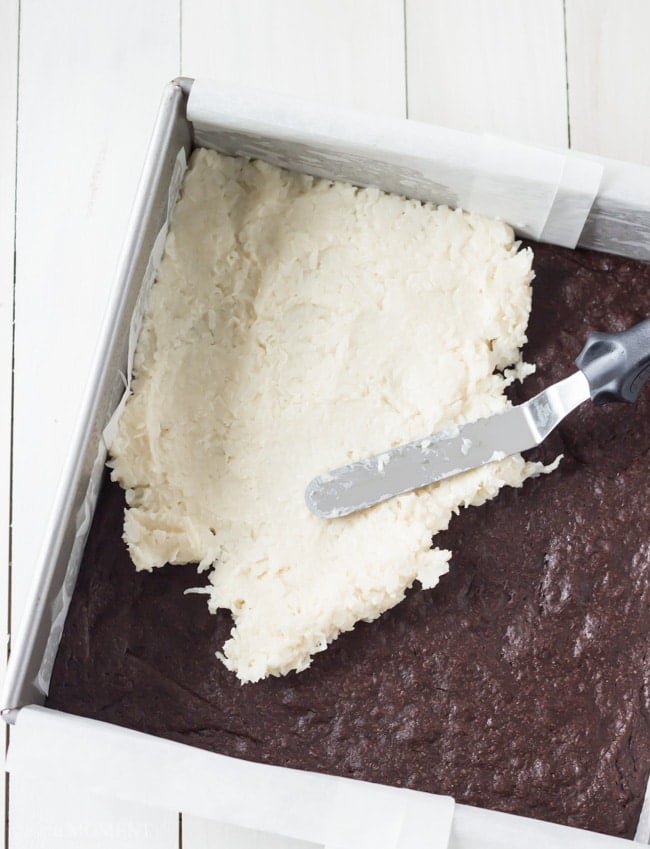 Once the brownies are all baked up and cooled, just top them with this infamous coconut cream mixture.  It’s so good! 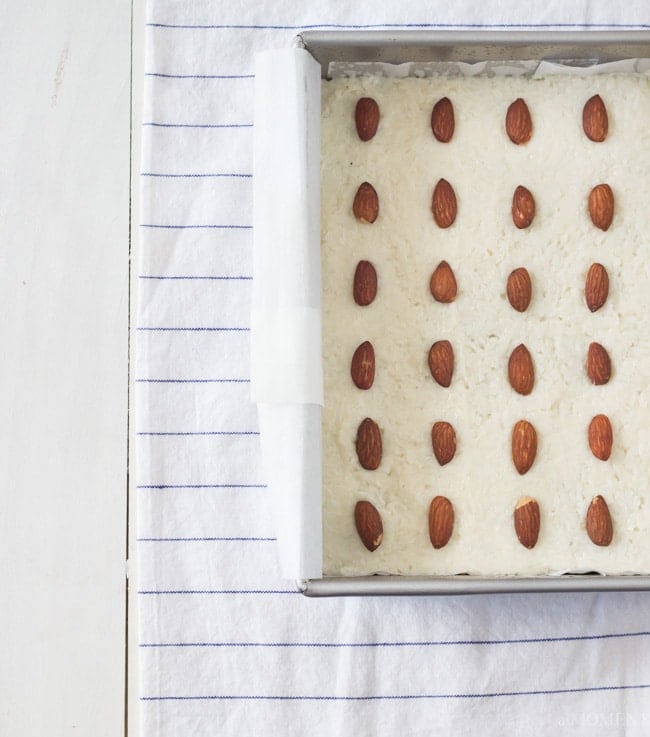 Press a few almonds in… 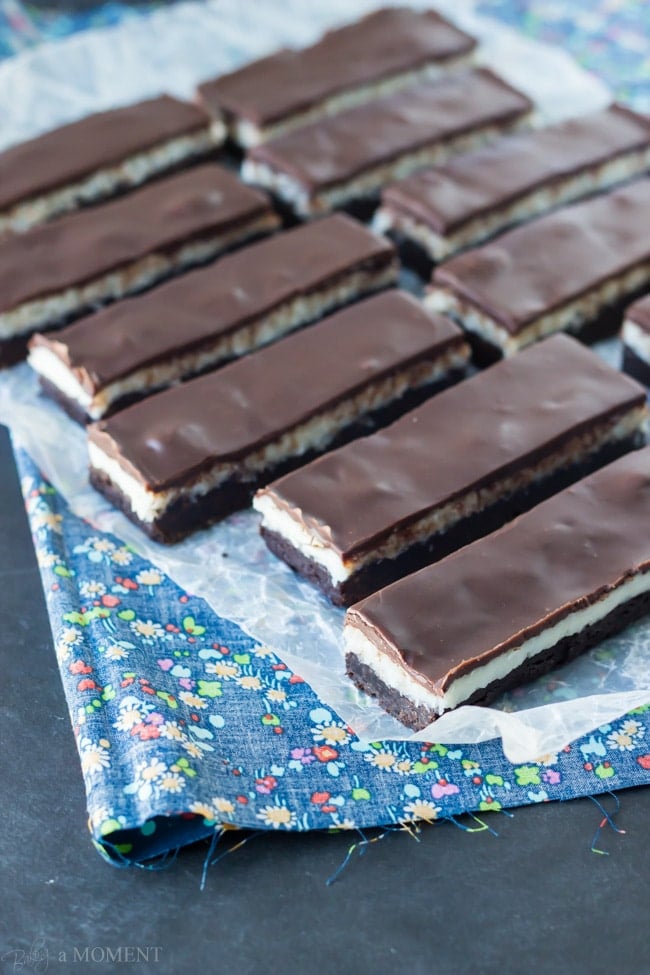 …and drizzle on the chocolate glaze.  I find that everything cuts really nice and clean if it’s chilled in the fridge for a few hours.  And I really like this kind of knife.  I run it under hot water after every cut, and it glides right through the snappy chocolate coating without cracking it. 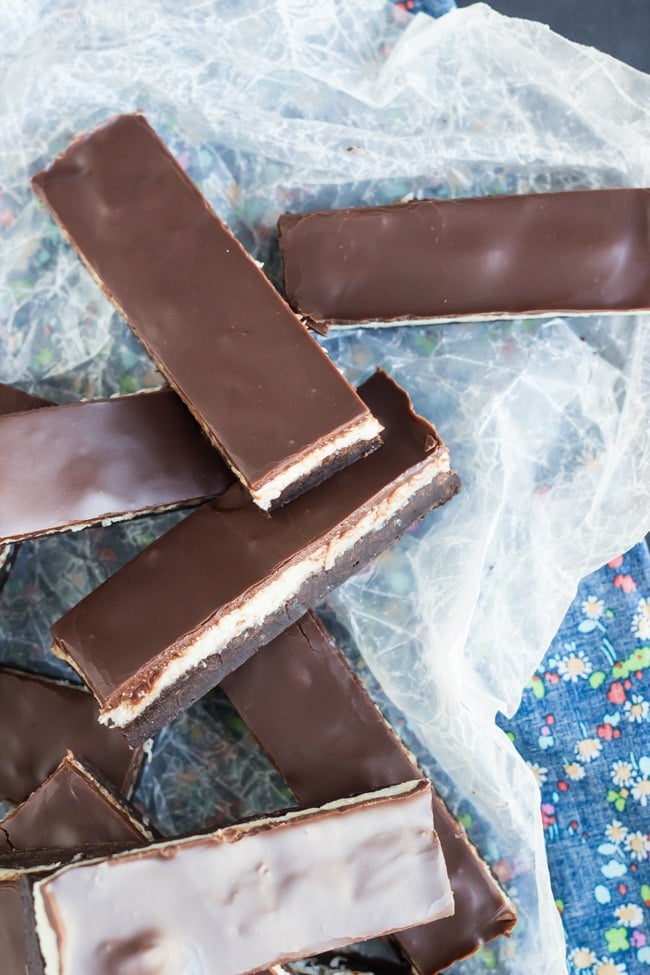 How do you feel about coconut?  Are you a hater or a lover?  Maybe if you’re a hater this recipe could convert you!  All that chocolate and cream cheesy goodness, the salty roasted almonds, and that sunny tropical flavor… I only wish I had made these sooner! 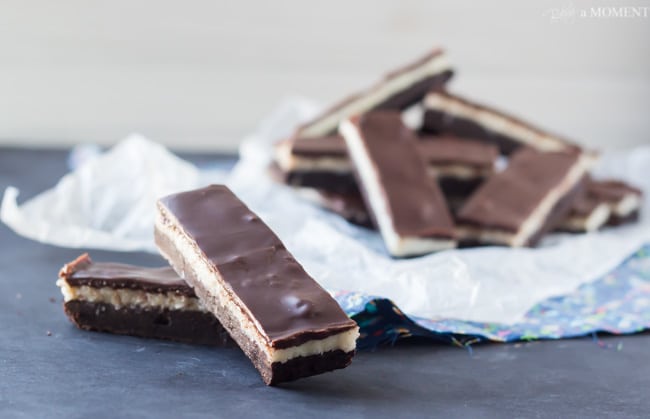 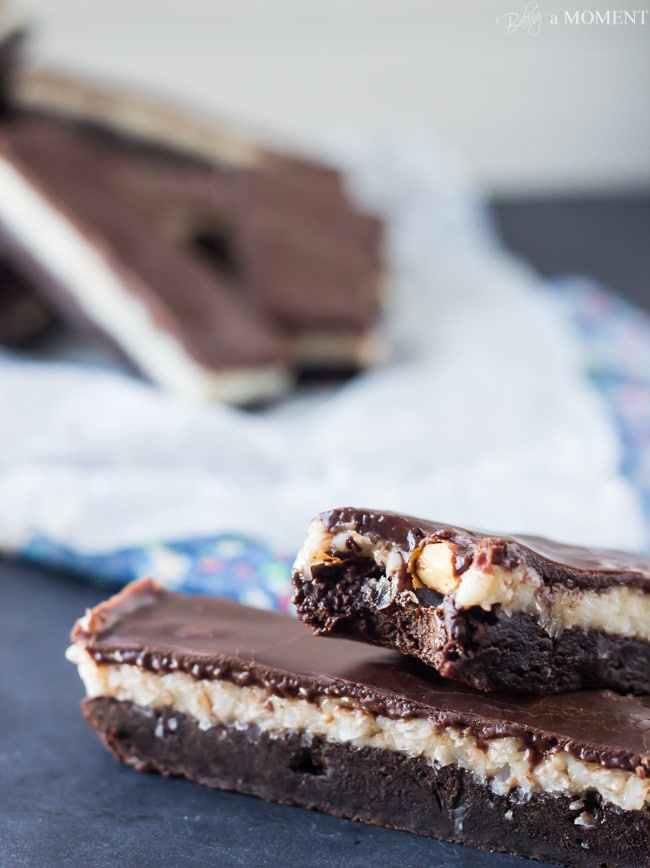 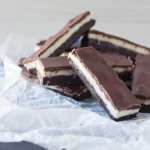