The fudgiest, gooiest brownies, with the deepest, darkest, most intense chocolate flavor EVER!  From scratch, pantry staples, just one bowl, no mixer needed. 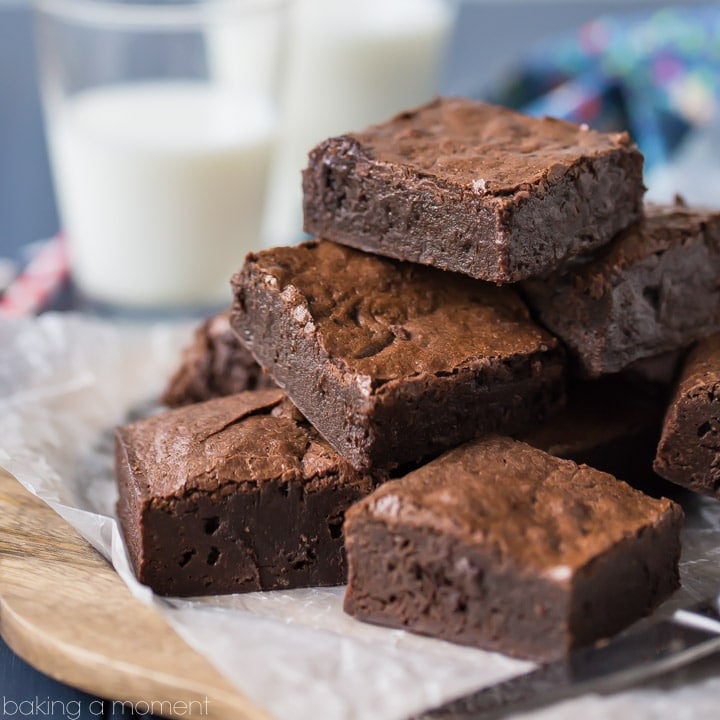 *This post originally published on September 20, 2013.  I thought it was about time the pics were updated.  So, many of the photos you see here now are new and improved.  Everything else is exactly the same as it ever was!  Hopefully you’ll enjoy this recipe as much as my family and I do.*

I first discovered this brownie recipe probably close to 10 years ago.  I clipped it from the food section of the Philadelphia Inquirer.  Although I never knew who the original author was, I made it often, to bring to barbecues and potlucks.  These brownies were always a huge hit!

It’s been a while since I’ve made them last, but I knew from the first “Simply Perfect” post that I’d want these brownies to be a part of the series.  Fast forward to me flipping through Alice Medrich’s “Bittersweet,” which I’d borrowed from my local library, and spotting that old, familiar recipe!

No wonder it’s so dang good!  Alice Medrich?  She’s only been at the forefront of the gourmet chocolate movement since the 1970’s!  I mean, she’s pretty much devoted her life to fine chocolate.

Here are some of her pearls of wisdom on the subject of cocoa:

“Cocoa powder…is made by removing 75 to 85 percent of the cocoa butter from chocolate liquor, and then pulverizing the partially defatted mass that remains.  With all of the flavor and none of the fat, cocoa is essentially a concentrated form of cocoa bean.  And, because cocoa beans are natrually tart and acidic (characteristics that provide fruitiness and complexity in chocolate), those qualities are exaggerated in cocoa powder.

Natural cocoa powder…is bitter and strong.  The best-quality natural cocoa is complex and fruity and wonderfully flavorful.  Natural cocoa, with its harshness tamed by sugar in the recipes, delivers a strong hit of flavor in American favorites such as brownies and fudge.

Cocoa brownies have the softest center and chewiest candylike top “crust” of all because all of the fat in the recipe (except for a small amount of cocoa butter in the cocoa) is butter, and all of the sugar is granulated sugar rather than the finely milled sugar used in chocolate.  Use the best cocoa you know for these fabulous brownies.”

I prefer this brand of cocoa.  It may or may not be the cream of the cocoa crop, but it is considerably better, IMHO, than lesser brands such as Hershey’s or Nestle (side note: Hershey’s Special Dark Cocoa may be black as night but it has very little chocolate flavor).  And I like it because it is readily available in my local supermarket, and not too expensive, considering the higher level of quality.  I can definitely taste a difference in the rich, fuller-bodied chocolate flavor of my baked goods.  🙂  If you really want to go all out, with some of the highest quality cocoa available, some other really reputable brands include Scharffen Berger, Merckens, and Guittard.

As highbrow as this recipe may seem, the fact is, it couldn’t be simpler.  It all comes together in just one mixing bowl, with the simplest of pantry staples, and you don’t even need a stand mixer.  Or a hand mixer, for that matter.  Just a good, old fashioned wooden spoon… 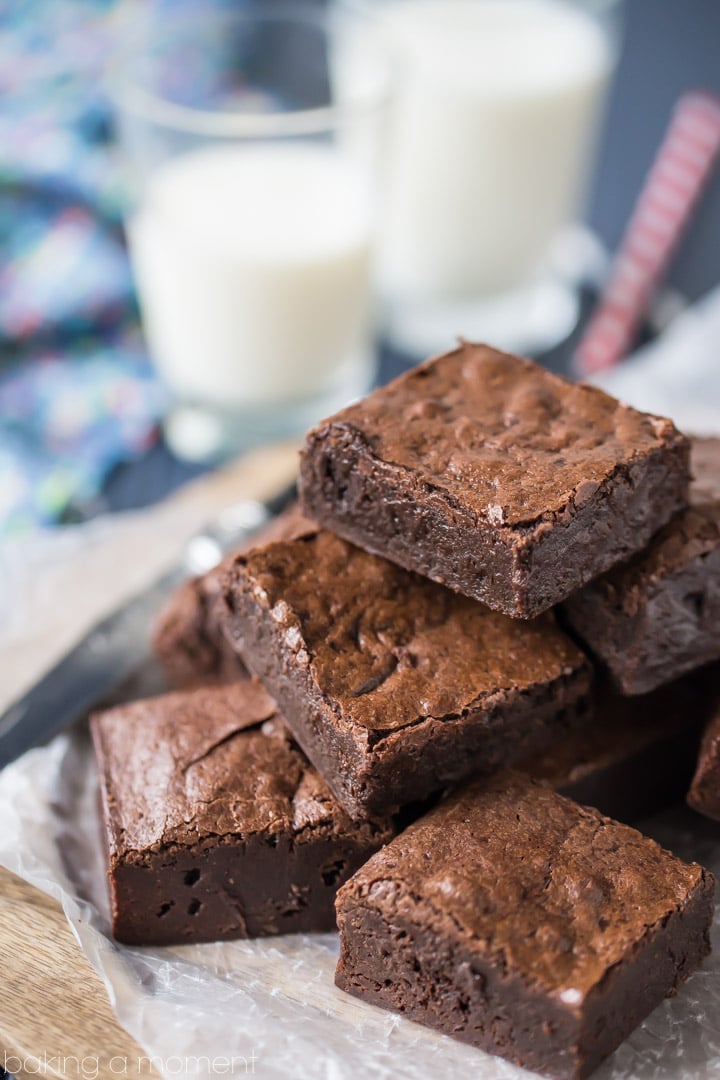 Stir the butter, sugar, cocoa, and salt together, over simmering water, until melty and hot, add the vanilla (off the heat), and beat in the cold eggs, one at a time.  Throw in the flour and baking powder, and bake the whole glorious mess in a parchment-lined baking dish.

I chilled my brownies in the fridge overnight, and used a bench knife to cut them.  It really helped them to hold their shape and cut cleanly! 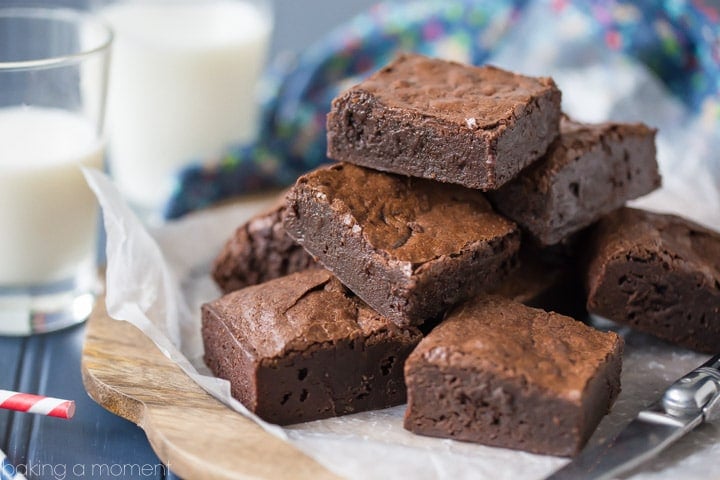 These brownies are perfect as-is, but they can certainly be jazzed up with all sorts of add-ons.

Check out some of the other fun recipes I’ve created using this recipe as a base: 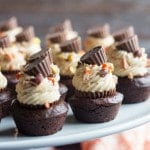 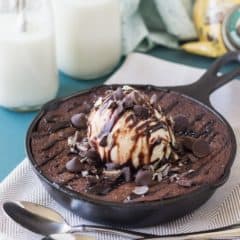 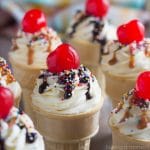 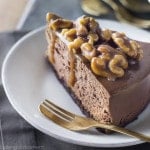 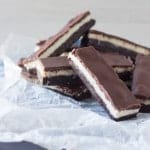 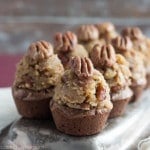 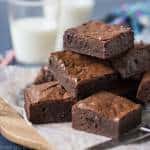 The fudgiest, gooiest brownies, with the deepest, darkest, most intense chocolate flavor EVER! From scratch, pantry staples, just one bowl, no mixer needed.

1/22/2016 Update: This recipe has been edited slightly, for ease of use. Butter, sugar, cocoa, and salt may also be heated over a double-boiler.