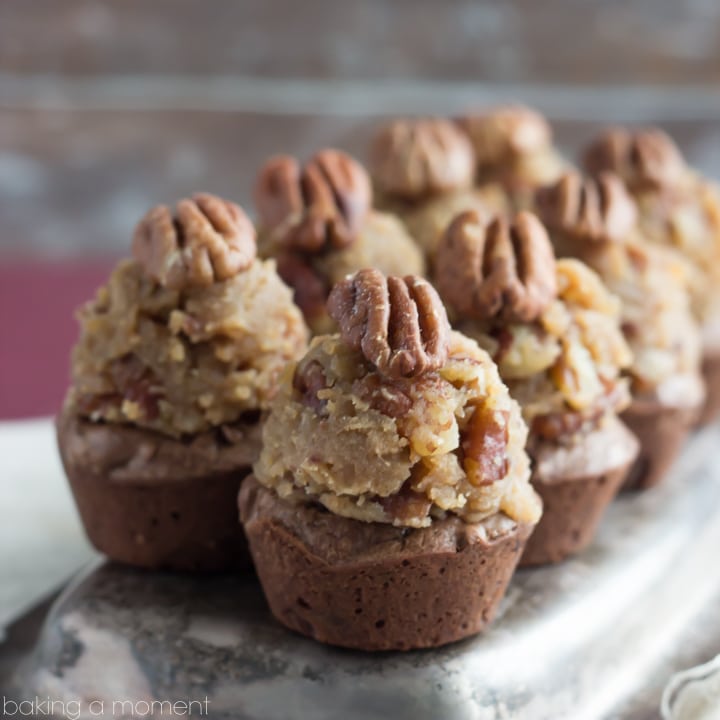 Good morning my friends!  How is your week so far?

Over here we are having a bit of a rough start.  The east coast is being hit with a pretty good amount of snowfall right now, so we had a 2-hour school delay this morning (it’s Monday, as I write this).  I just got home from dropping my little guy off at his morning program, only to get a call from the school district saying that afternoon kindergarten was cancelled.  So, basically, I have a 90-minute window to get all my day’s work done before I’ve got to turn around and pick him right back up again :/  WINTER!

But enough about that!  Let’s talk food.  It is my favorite topic, after all 😉

I was originally planning to post a fruity recipe today, but after thinking about what a huge deal football food is, I decided to go with something a little more Superbowl-ish. 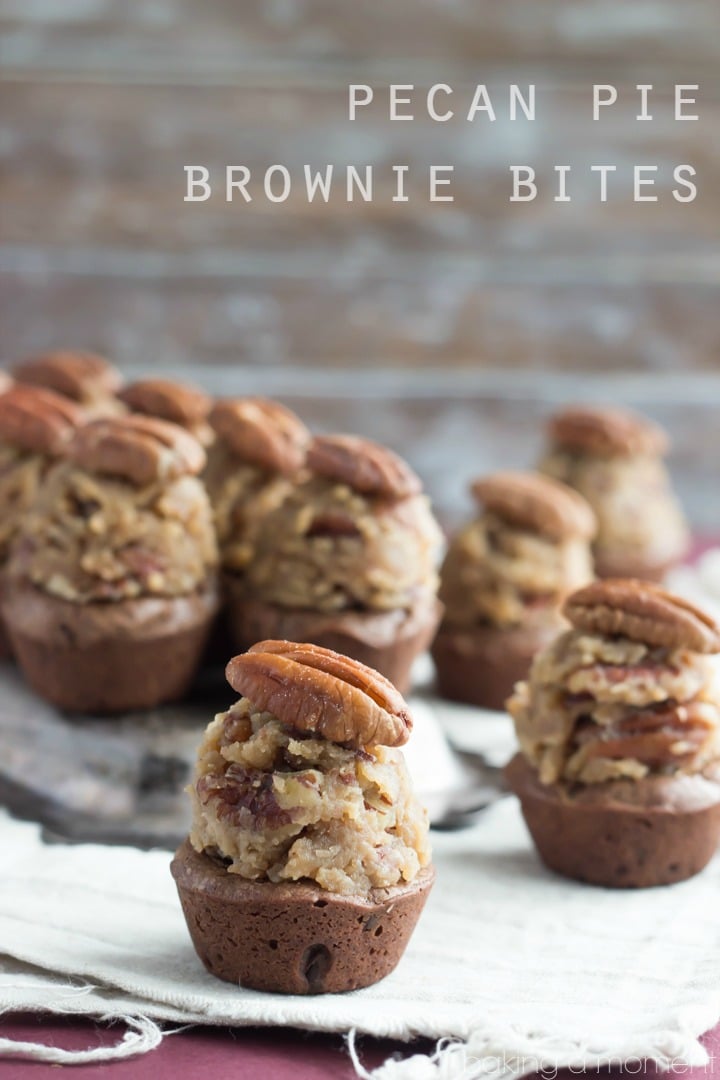 What kind of food do you think of when you’re planning a Superbowl bash?  I know, I know, wings and nachos and chili and stuff like that, right?  But what about dessert?  What qualifies as a “game day” dessert, beyond the usual football-shaped cake pops and brownies decorated with green icing to look like a football field?

Here is what I’m thinking, and you tell me if you think I’m on the right track:

1) It’s gotta be finger food
2) It’s gotta be pretty indulgent.  I mean, if we’re going to be binging on wings and all kinds of other junk, we may as well be consistent all the way through until dessert.
3) It’s gotta be kinda masculine?  If that word can be applied to dessert?

When I think of masculine desserts a few things come to mind, besides peanut butter and pretzels, which I already covered last week.  One of those things is pecan pie.  With chocolate.  And bourbon.  Probably because it’s Mr. Allie’s faaaavorite dessert of all time.

I didn’t use to like pecan pie but he has totally brought me over to the dark side.  I don’t know where my head was at- It’s so good!  Especially when chocolate is involved.  It’s almost like eating a candy bar, with all those crunchy-tender nuts and gooey caramel.

I’ve scaled down my favorite brownie recipe here, and baked it up in a little mini-muffin tin.  So it’s great finger food, and just so pop-able!  The topping is basically just a stovetop version of pecan pie filling.  I used a wine cork to press a little divot in each brownie bite while they were still hot from the oven, and then nestled in a little scoop of the pecan pie filling, once they had cooled. 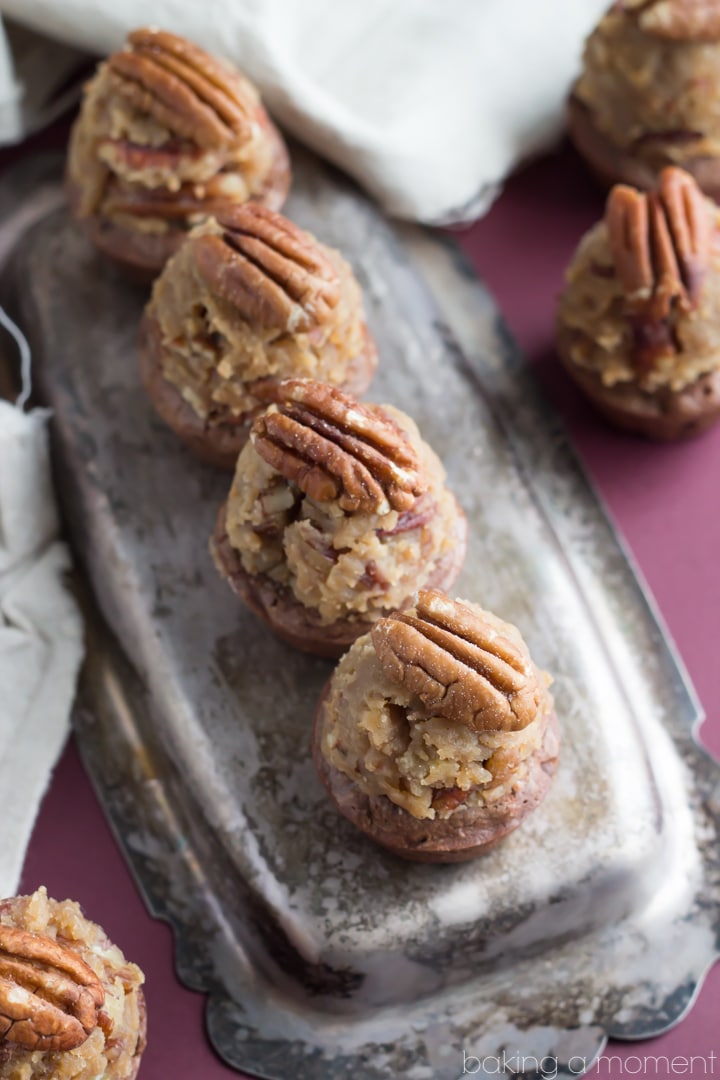 This works out really great for my family because Superbowl weekend also happens to be Mr. Allie’s birthday weekend.  So he’s getting one of his favorite desserts, on top of a nice dinner at a restaurant he’s been dying to try, on top of a Neil Diamond concert!  (…lol, we are elderly.)  Plus a 24-hour football extravaganza!  He’s gonna think he died and went to heaven, haha! 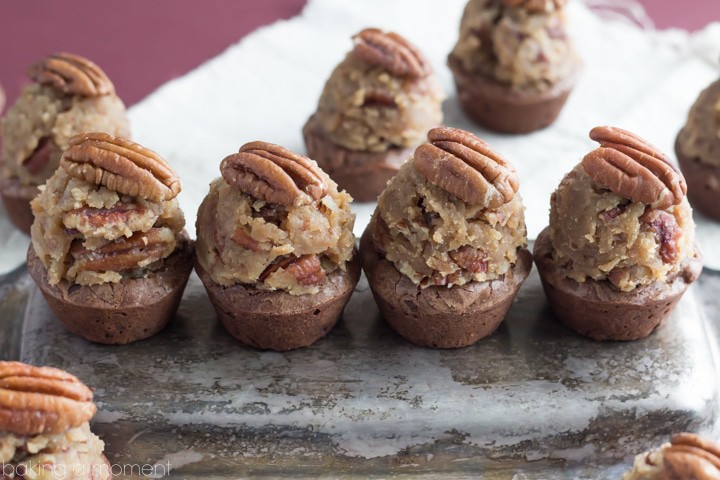 And here are some other great recipes that would be perfect for a game-day bash: 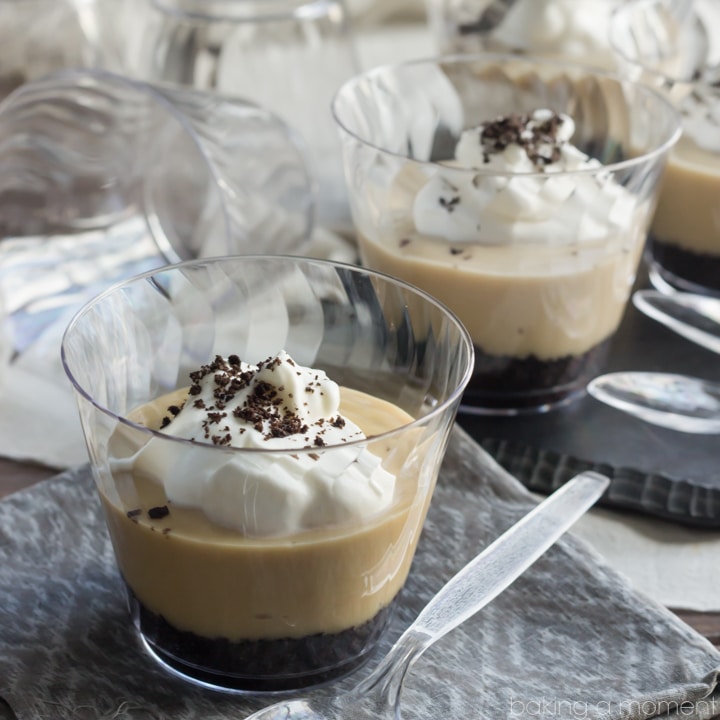 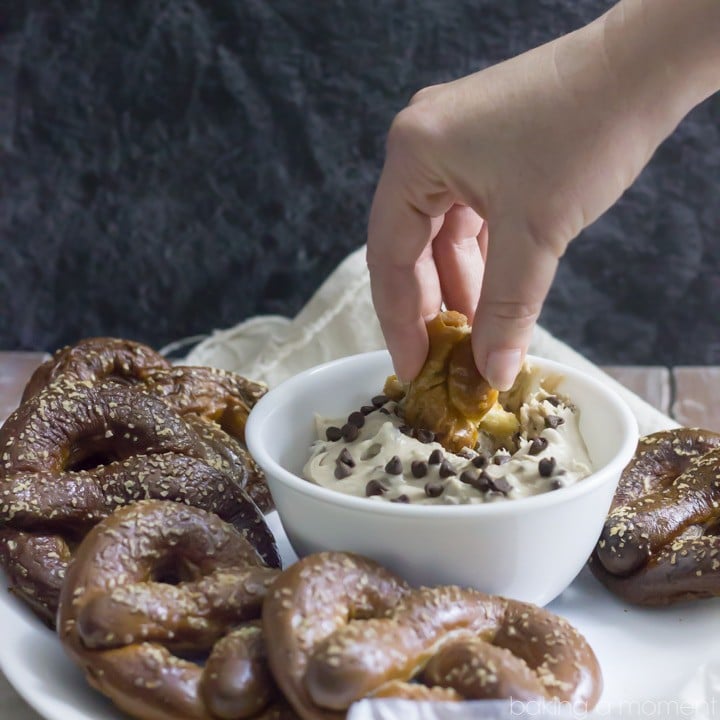 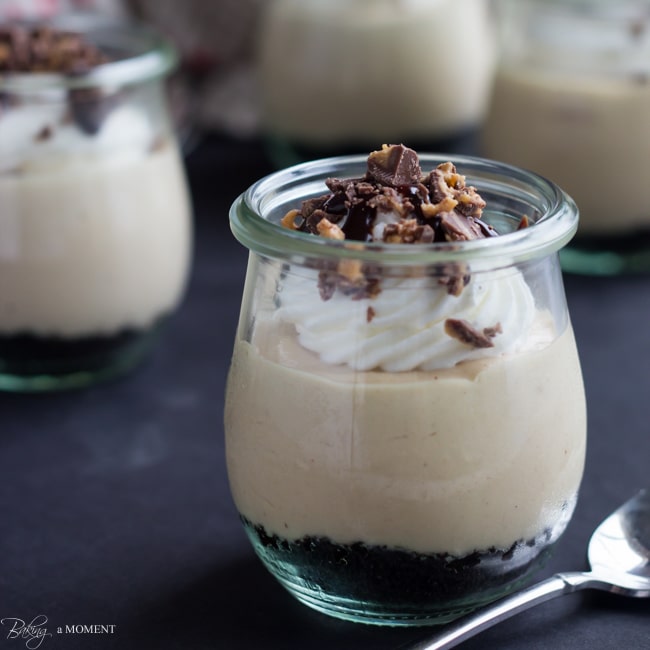 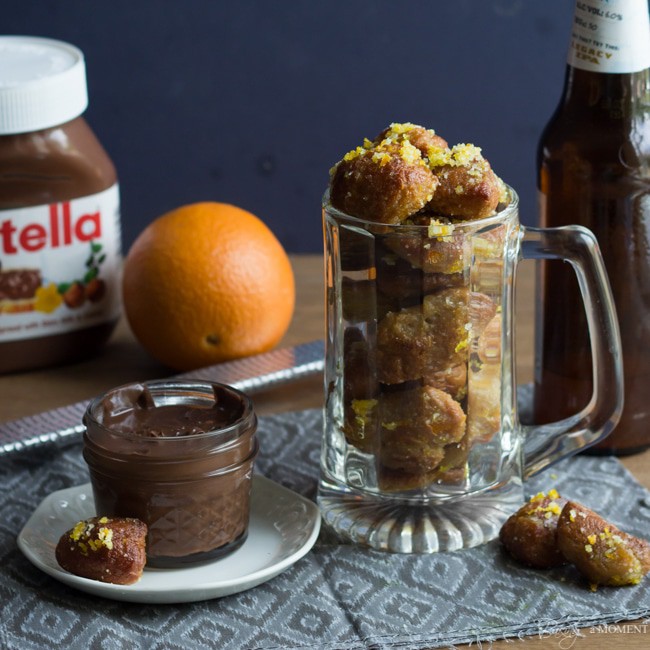 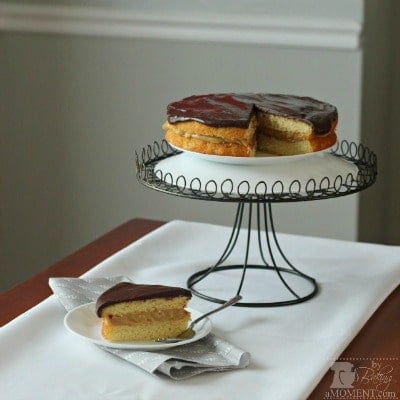 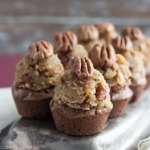