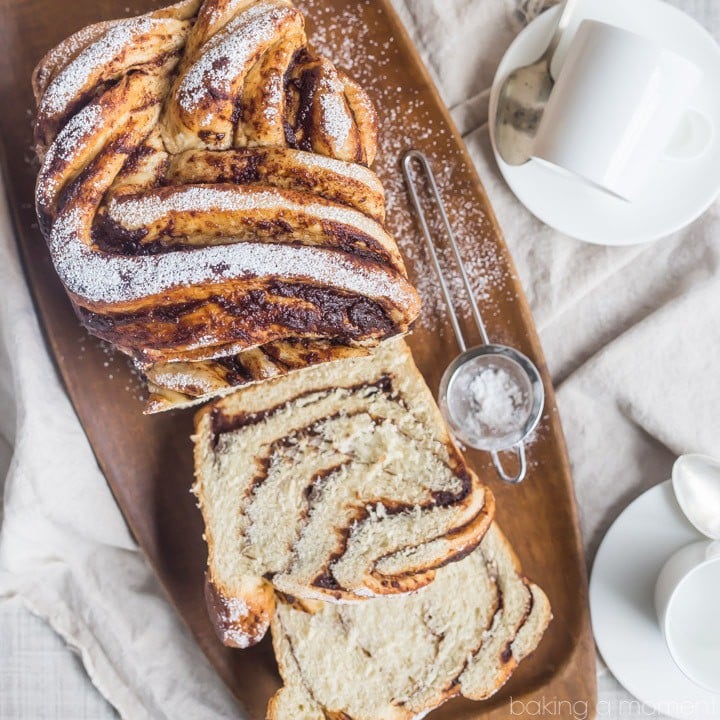 It’s a cool October morning, and I can’t think of a better way to start the day than with a cup of tea and a warm slice of apple butter cinnamon swirl bread!

I made this loaf over the weekend and I’m so glad to be able to nibble on it all week long.  It makes a lovely breakfast or afternoon snack.  And it’s a great way to use up some of the apple butter we picked up on our most recent trip to the orchard.  I bet you have a jar in your fridge too; am I right?

I am a huge fan of Baked by Rachel, and all the gorgeous swirl breads she makes.  Especially this one!  So when I got the idea to make an apple butter cinnamon swirl bread, I knew I wanted to follow her lead and try this gorgeous technique.

It’s surprisingly simple!  I know it looks fancy and complicated but really it’s not at all.  If you can make cinnamon rolls, then this will be a snap for you.

Just roll out the dough into a flat rectangle, and spread the apple butter all over it.  Then, sprinkle it with cinnamon sugar, and roll it up in a log, just like you would do with cinnamon rolls.  Now, instead of cutting it crosswise into rolls, slice it lengthwise, all the way down, leaving it just barely attached at the one end.  After that you just twist the two long pieces together.  It feels a little awkward- the log wants to come undone, but it’s ok!  You really can’t mess it up.  It’s meant to be free-form so the more it waves and twists the better. 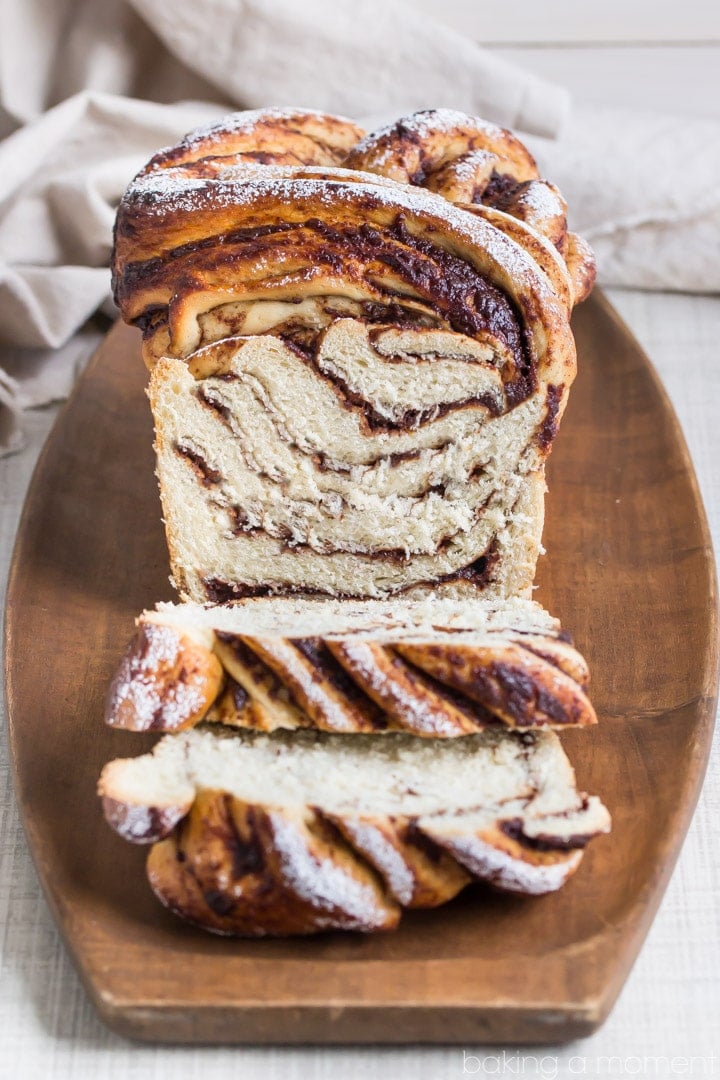 Look at all those ribbons of apple butter and cinnamon!  There’s plenty of sticky filling in every bite.  And the bread itself is super moist and soft.  My family loved this apple butter cinnamon swirl bread and I think yours will too!  It’s perfect for fall, or even for Thanksgiving or Christmas morning! 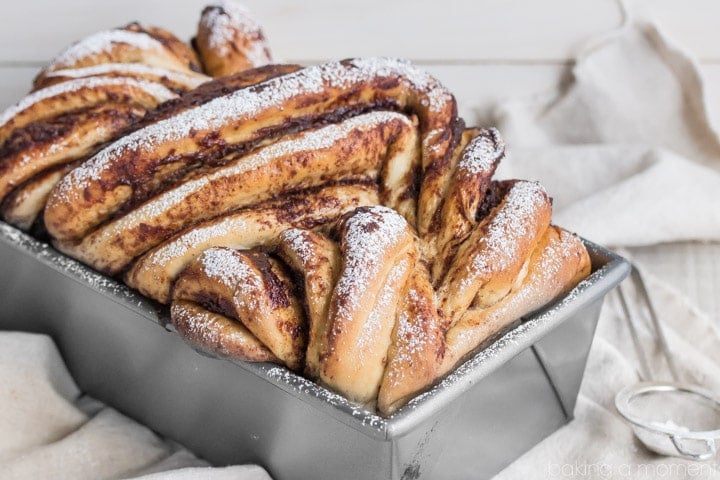 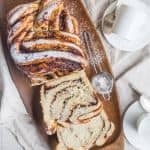