If you’re in need of an old-fashioned, comforting treat, look no further than this creamy rice pudding recipe! With a hint of cinnamon and lots of rich vanilla flavor, it’s so simple to make with pantry staples you probably already have on hand. 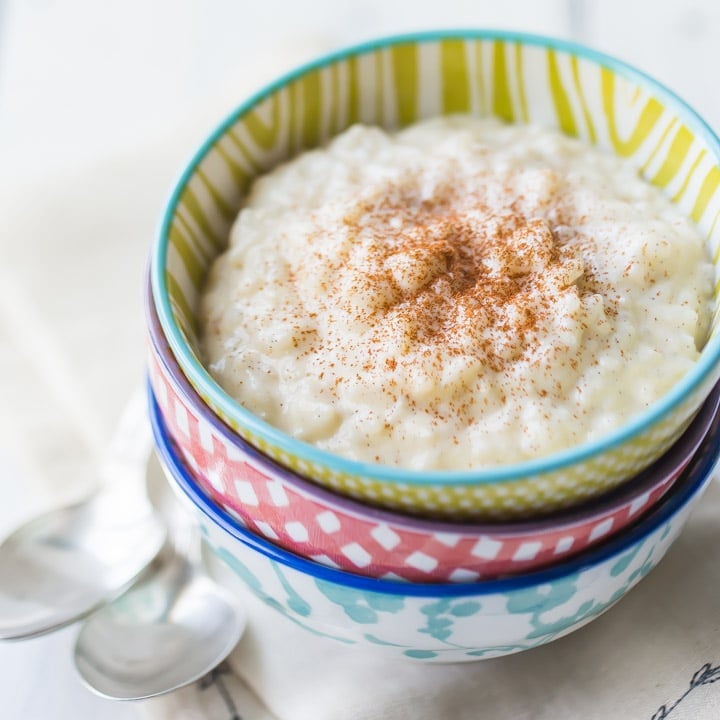 To me it is one of the most comforting of treats. There’s just something about curling up with a bowl of sweet, creamy, vanilla-y rice pudding, with that little dusting of cinnamon on top. It’s simple but it’s SO good. 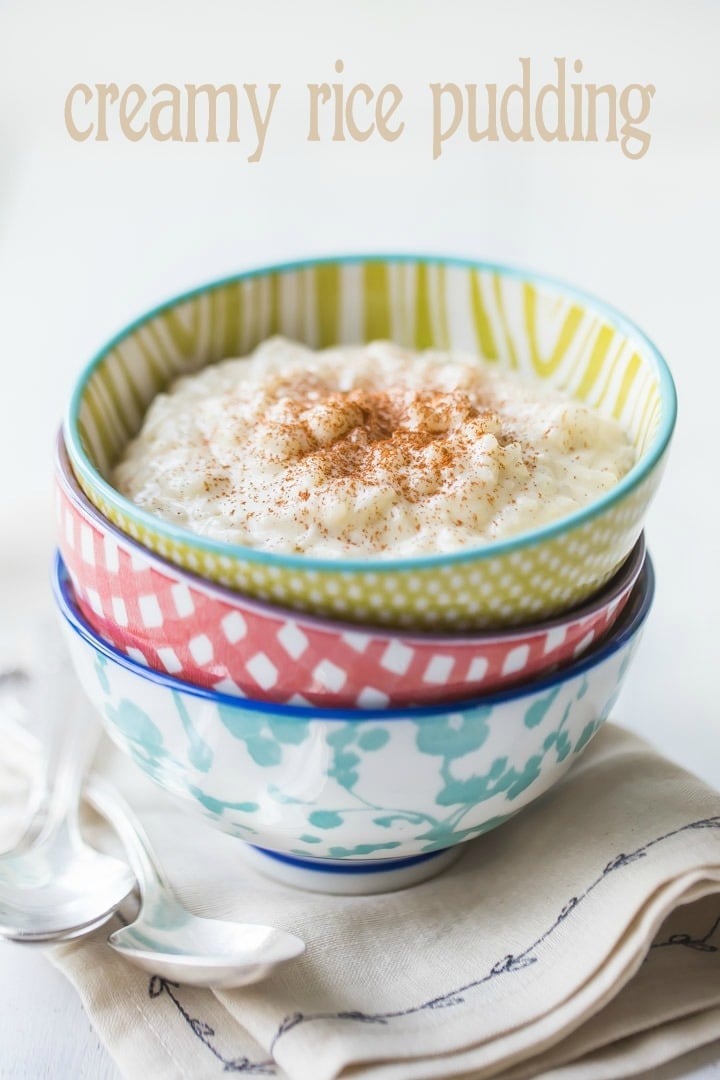 My husband and kids like to eat it cold, but I think it’s even better when it’s warm, right off the stove top.

This recipe can be served warm, cold, or anywhere in between! It’s everything you could ever want in rice pudding. 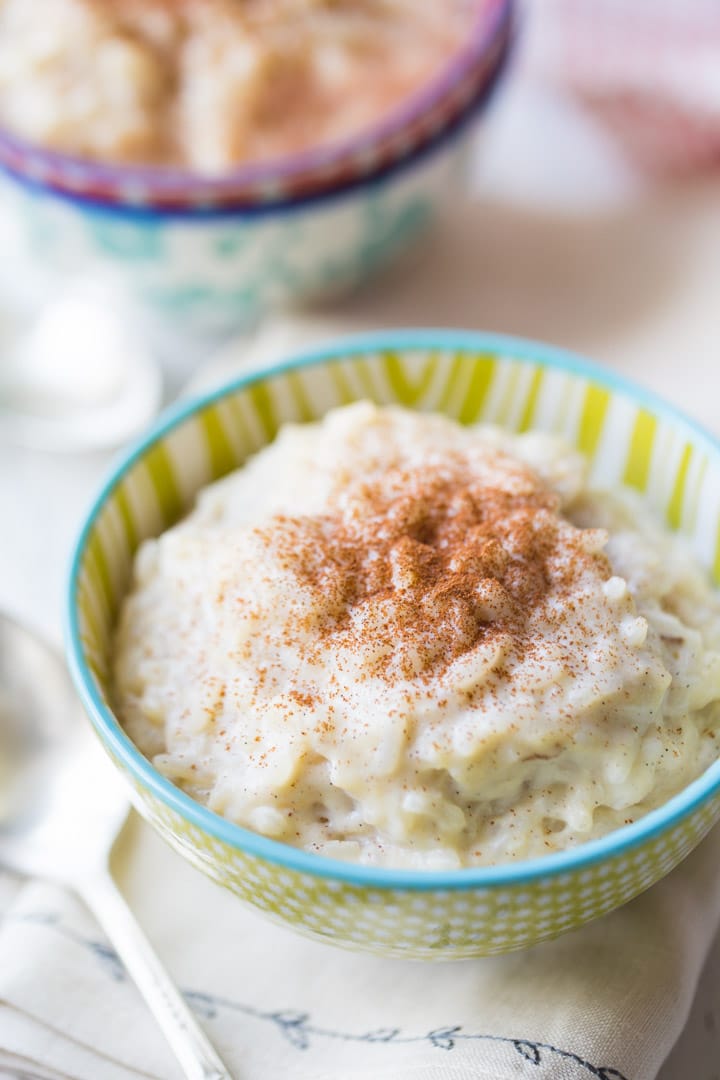 It starts with cooked rice, so if you have some leftover from Chinese takeout the other night, then you’re already halfway there!

If not, just steam some up and then add the milk, butter, sugar, cinnamon, and vanilla.

This is one of those recipes where a whole vanilla bean really adds so much. If you have one, definitely use it! If not, look for the link to purchase just above the recipe card below, or just substitute 1 1/2 teaspoons of vanilla extract.

Now, if you like raisins in your rice pudding (like me!) you can also throw in about 3/4 cup at this stage. This way they have plenty of time to soften and plump up. I love to use golden raisins, but you can just use whatever you have on hand. Or not! I know raisins can be highly controversial and they’re actually quite a bone of contention in my household.

After about 15 minutes, stir in the egg for added richness, and you will have the creamiest, dreamiest rice pudding you’ve ever dipped a spoon into! Sprinkle it with a little ground cinnamon for garnish and dive in! 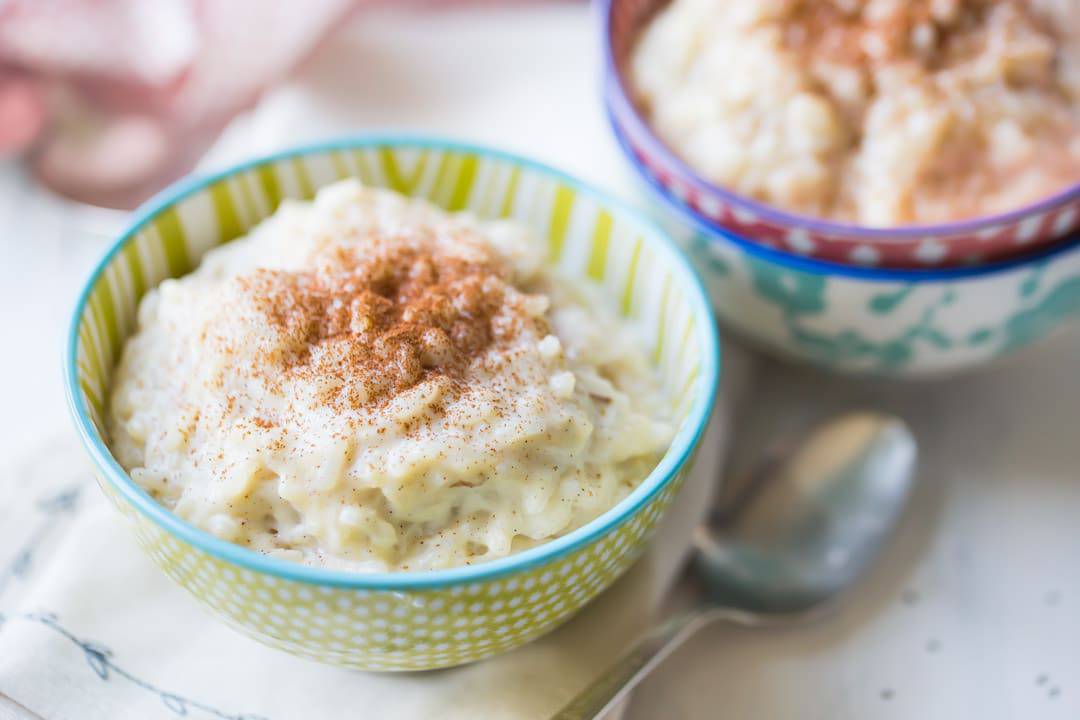 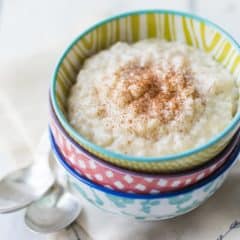 Rice pudding will become thicker as it cools. If it becomes too thick, you can thin it out with a few tablespoons of milk.