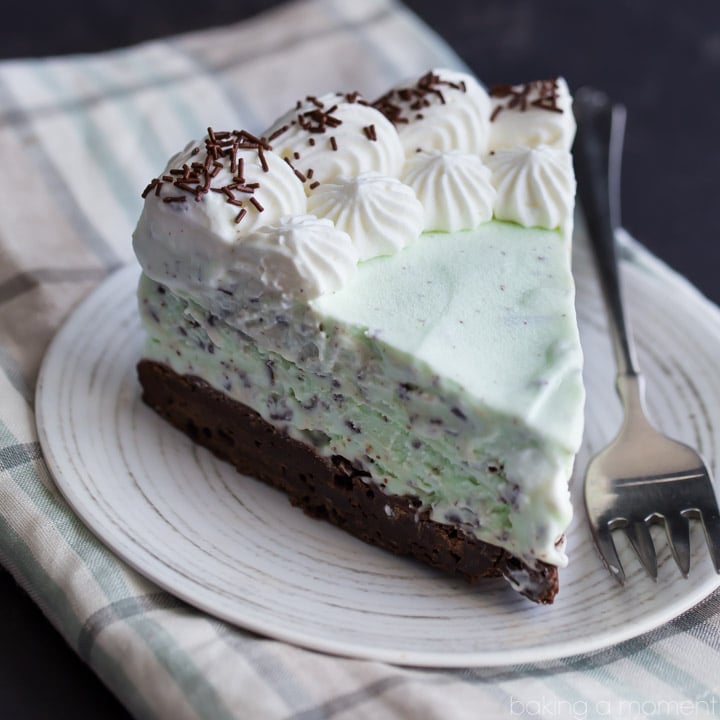 Good morning, my friends!  This week I am on vacation with my family, so I’m going to do my best to keep this post short and sweet!

I have more ice cream for you!

I think this is probably going to be the last ice cream post you see from me this year.  After this week, I’m finally going to give in to back-to-school.  I stretched summer out as long as I could!  And mint chocolate chip seems to me a fitting farewell to summer. 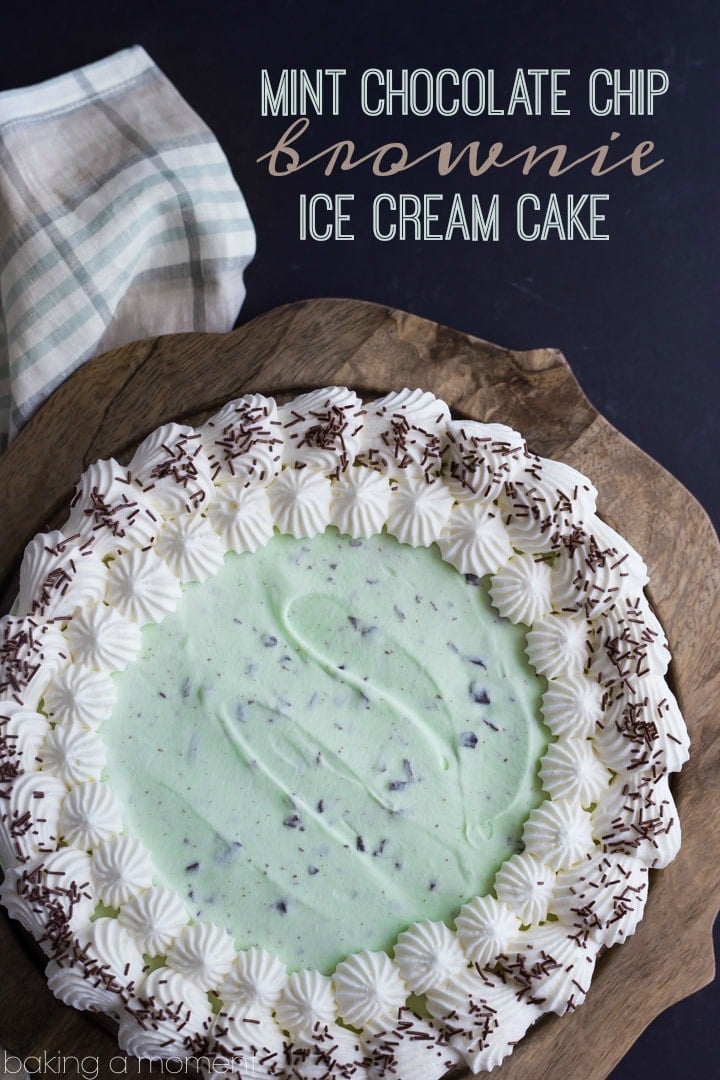 We are making this into a cake, which I know, sounds a little intimidating but I promise you it’s anything but.  The springform pan does all the work- the rest is easy!

Mainly because I took a serious shortcut here.

In my last post I kinda went on and on about old-fashioned churned ice cream, and how nothing beats the taste, etc. etc. etc., but the thing is, I can’t make claims like that until I’ve actually made and tasted the other options.  So, what you see here was a bit of an experiment.  No-churn mint chocolate chip ice cream! 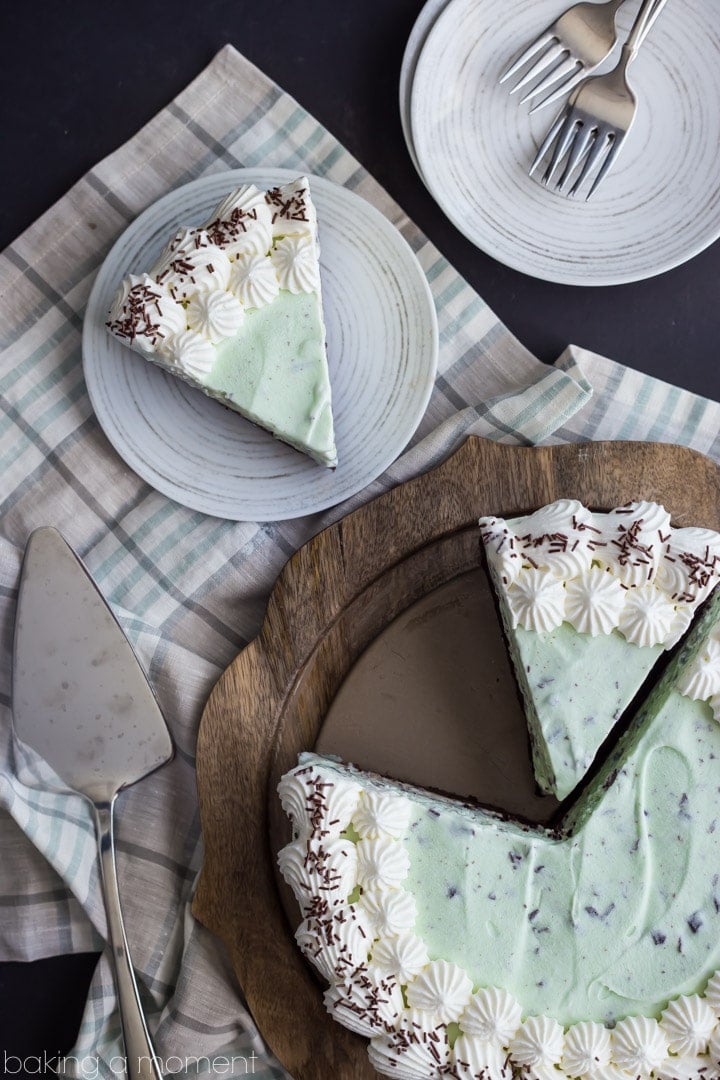 Basically, my thoughts on no-churn ice cream boil down to the following (this is a very serious and scientific topic, my friends):

So that’s about it, in a nutshell!  I’ll just add that the brownie base is just my favorite brownie recipe, halved, and baked in the bottom of that springform I mentioned earlier.  Then, the whipped cream/condensed milk mixture just layers on top and you freeze it solid.  I garnished it with whipped cream (piped from this kind of bag, fitted with this tip) and a little sprinkling of chocolate vermicelli.

Oh!  One more quick thing: the brownie layer with the mint chocolate chip ice cream tastes amazing!  But I will admit that a frozen brownie is not the easiest thing to cut.  So, if you are looking for another option, I think this chocolate cake recipe (halved) would be a fantastic choice! 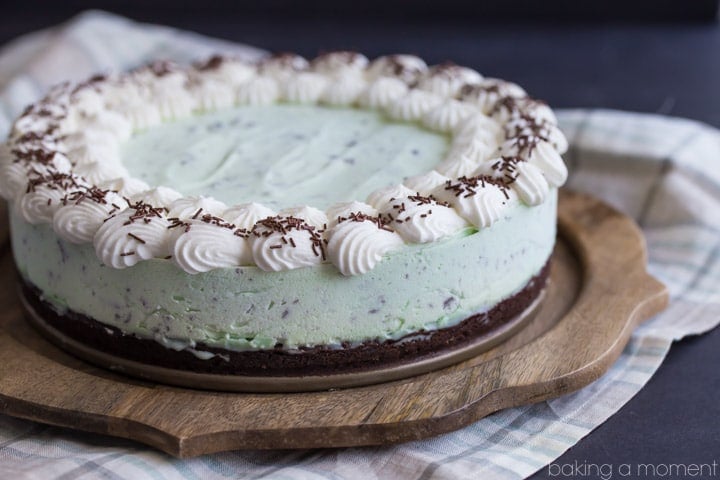 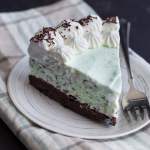 This mint chocolate chip brownie ice cream cake makes a beautiful and special summer treat. It looks fancy but it's super-simple to make, with no ice cream maker required!