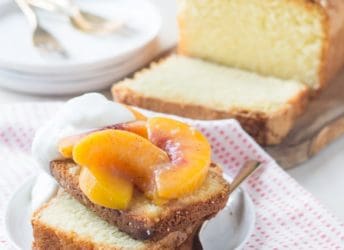 The Best Pound Cake Recipe I’ve ever tried!  This all-butter loaf is moist as can be, full of rich flavor, and crowned with crackly,... (more) 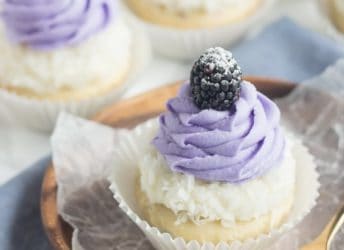 Tropical coconut and fresh blackberries come together beautifully in these light and dreamy cupcakes!  You’ll love the combination of flavors, along with the sweet... (more) 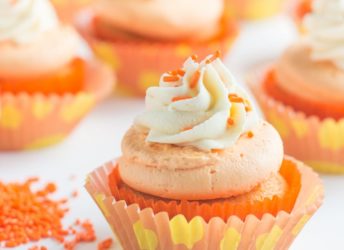 These orange creamsicle cupcakes are such a fun summertime treat!  That same citrus-y vanilla flavor you loved as a kid, in cupcake form. Hey... (more) 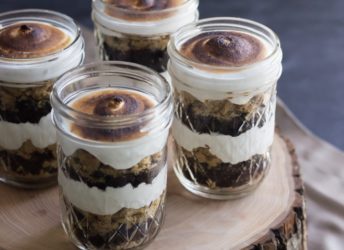 S’mores Cupcakes in a jar!  These are so perfectly portable, and the chocolate, graham cracker, and toasted marshmallow flavors are what summer’s all about!... (more) 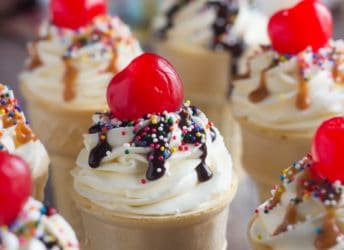 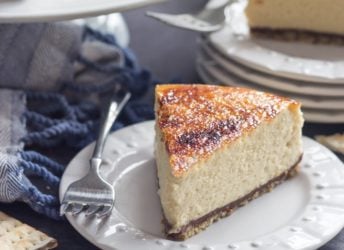 Bake up this fabulous toffee crunch cheesecake for your family this Easter or Passover!  They’ll love the toasty matzoh crust, the rich chocolate ganache, and... (more) 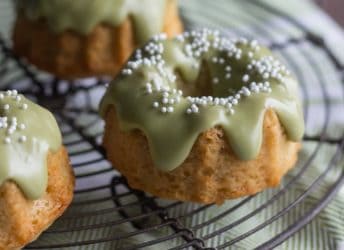 These delicate almond mini bundt cakes are made with healthier ingredients like coconut oil, einkorn flour, and Greek yogurt.  Drizzle with a matcha green... (more) 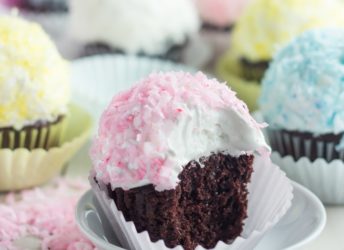 Moist chocolate cupcakes, topped with a mound of fluffy marshmallow frosting, and coated in pretty pastel coconut!  These colorful snowball cupcakes make such a... (more) 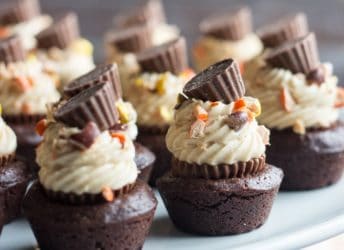 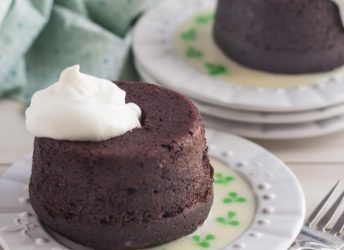 These little mini-bundts are super moist from the addition of stout beer!  The roasty malt flavors in the beer bring out all the best in... (more) 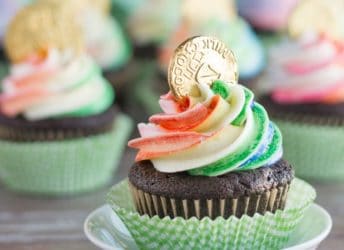 Make these pot of gold cupcakes for your whole crew this St. Patrick’s Day!  They’ll love the rich, dark chocolate cake with the rainbow... (more) 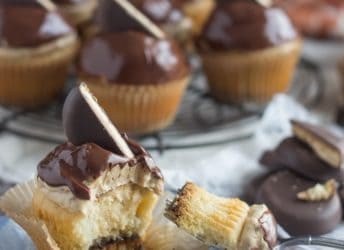 These cupcakes will make you swoon!  Moist and fluffy vanilla cake with a tagalong baked right in, topped with peanut butter cookie buttercream frosting and... (more)