Your favorite fall coffee-shop treat in a creamy no-bake parfait! Earthy pumpkin is complemented by warm spices, rich espresso, and toasty bourbon in this seasonal take on a classic Italian dessert. 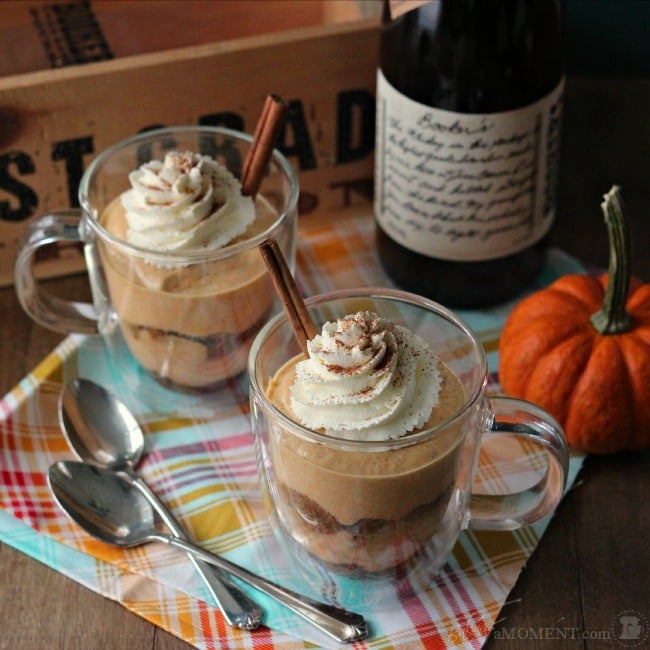 I have this weird neurotic thing, where I only want to post recipes that are original.  I was so psyched when I thought of this idea, because I may not be all that into pumpkin desserts, but I am seriously in love with the pumpkin spice latte.  The idea of turning it into a never-before-seen dessert had me patting myself all over the back.

I even looked it up on Foodgawker, to see if it had already been done!  And no, it hadn’t!

Enter my husband, who google searched it and rained all over my pumpkin parade.  Boo.  Thanks universe.  I guess that’s what I get for being so smug.

Turns out pumpkin tiramisu is, most definitely, already a thing, and it’s been done by every Food Network celebrity chef plus Martha herself.  Oh well.  So much for that. 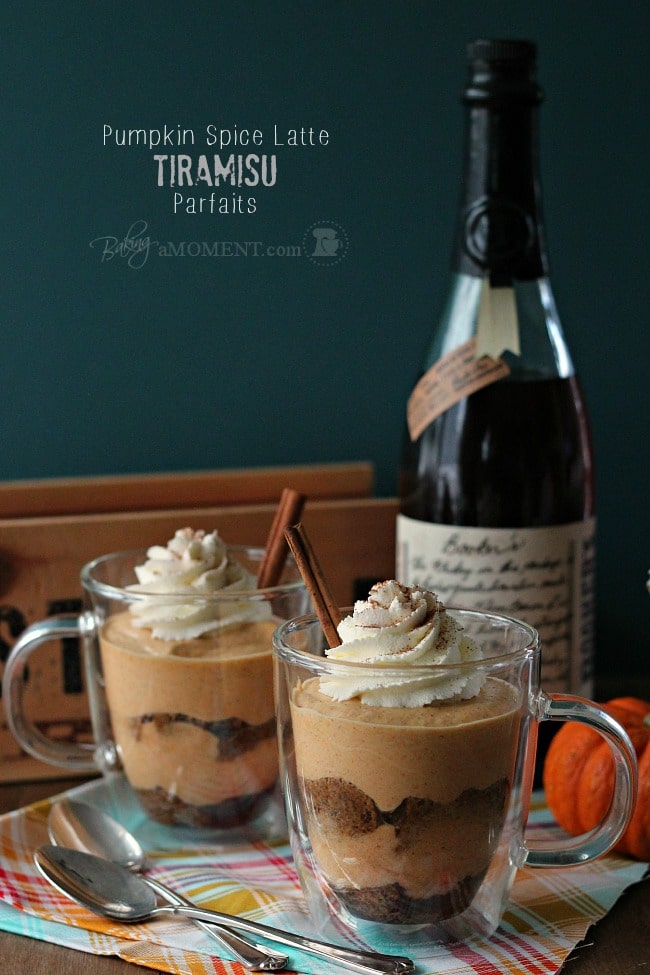 I just had to get creative with the title >;D

Because, I want you to know, that maybe you are like me, and Pumpkin + Chocolate = no bueno, but let’s not forget about coffeeeeee!  We all love a pumpkin spice coffee right???

This nails it!  And it’s super quick to put together.  No-bake, baby! 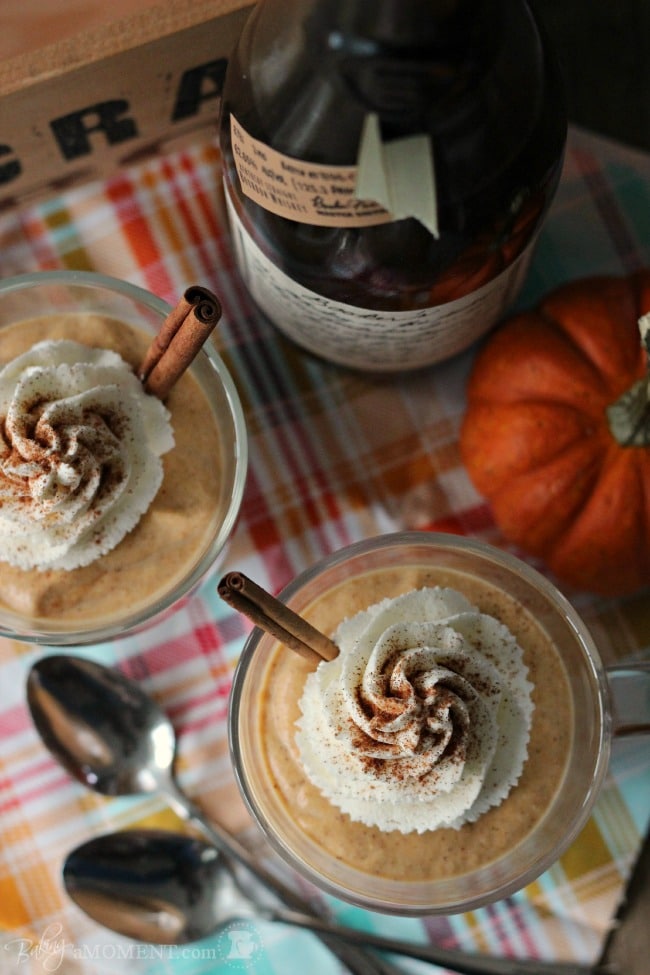 If you are hosting a party this fall, this is a great pumpkin dessert.  Just a step or two up on the elegance scale from good ol’ punkin pie.  It can serve a big crowd, or just a few.  The recipe doubles, triples, halves, what have you, very easily.  You can layer it up in a big baking dish and cut it into squares, or individually portion it into anything from a wine glass to a highball, to a ramekin to a cereal bowl.  And you can make it ahead!  In fact, it gets even better the longer it sits… 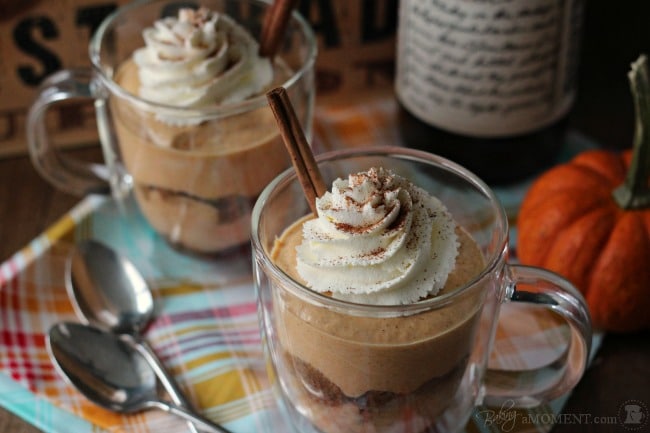 So rich and indulgent! 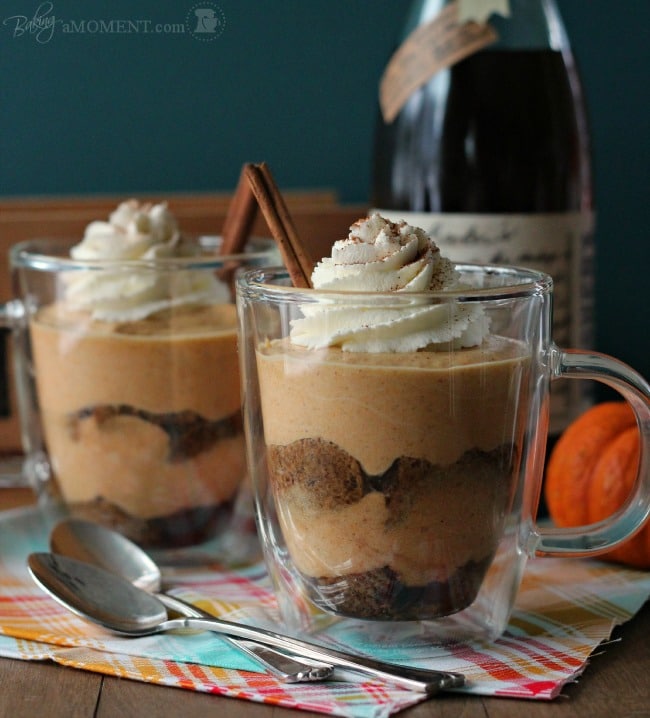 I love the earthy pumpkin and fall spice, combined with the rich coffee… and the toasty bourbon adds such warm complexity! 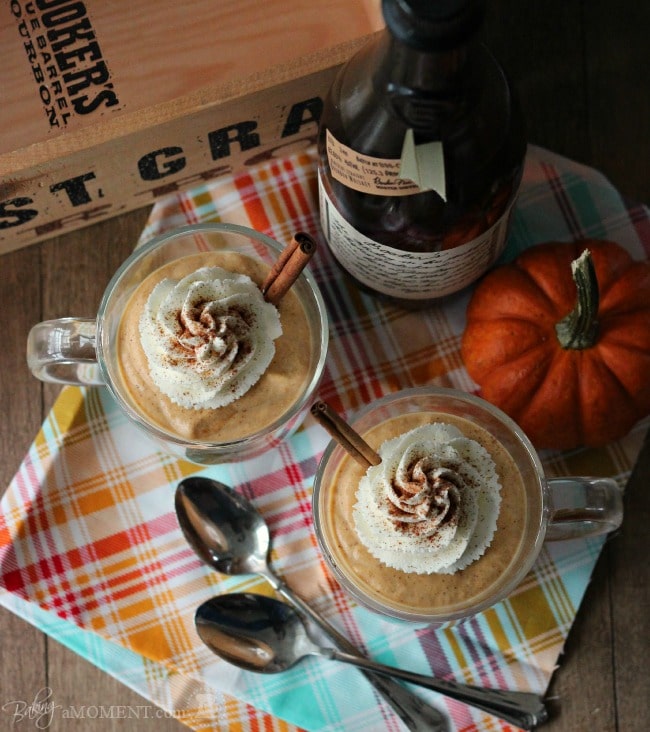 If you love a pumpkin spice latte, you are going to luuuuuuuuurrrrrrrrve this dessert!  It’s like a sweet and creamy bite of Fall! 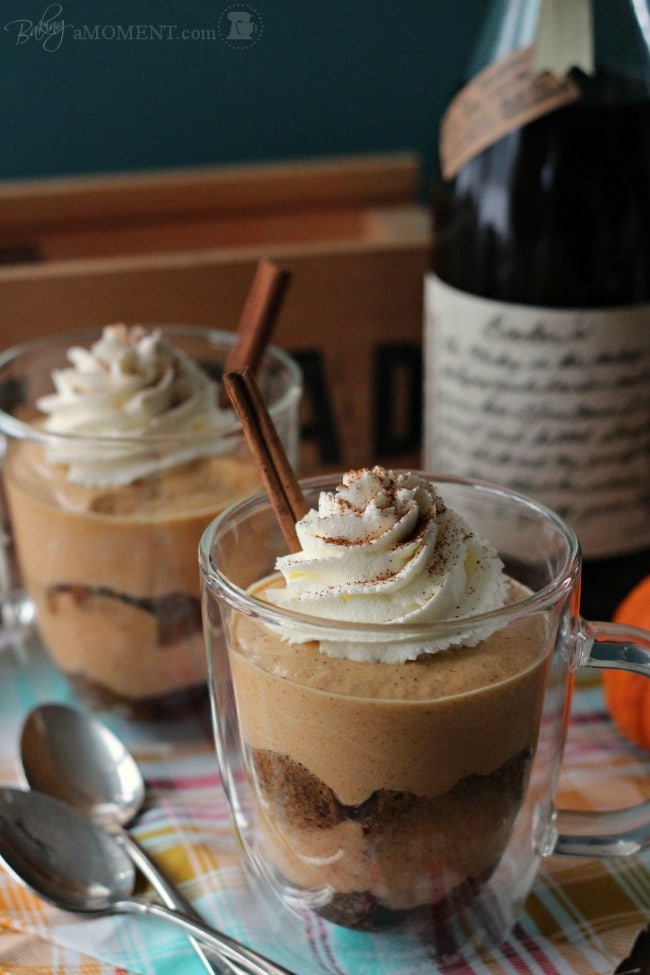 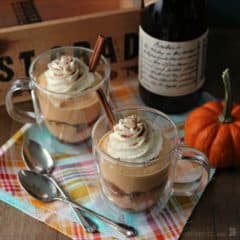 Your favorite fall coffee-shop treat in a creamy no-bake parfait! Earthy pumpkin is complemented by warm spices, rich espresso, and toasty bourbon in this seasonal take on a classic Italian dessert.

This recipe was adapted from a classic Italian preparation by Marco Gallotta. It contains raw eggs, alcohol, and caffeine, so use common sense about who you're serving it to.

The cinnamon, ginger, nutmeg, and cloves can be substituted with 2 teaspoons of pumpkin pie spice, +extra for garnish.