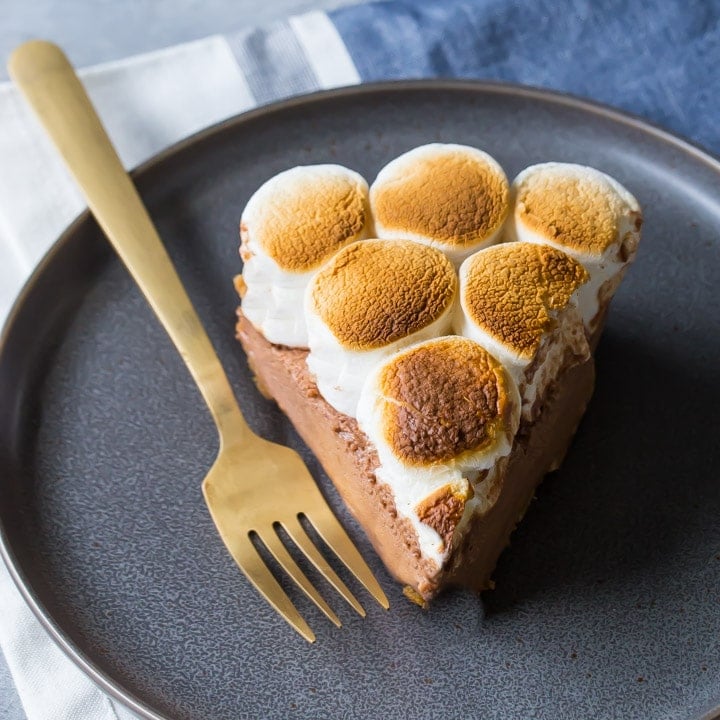 But the collection wouldn’t be complete without this decadent s’mores pie. 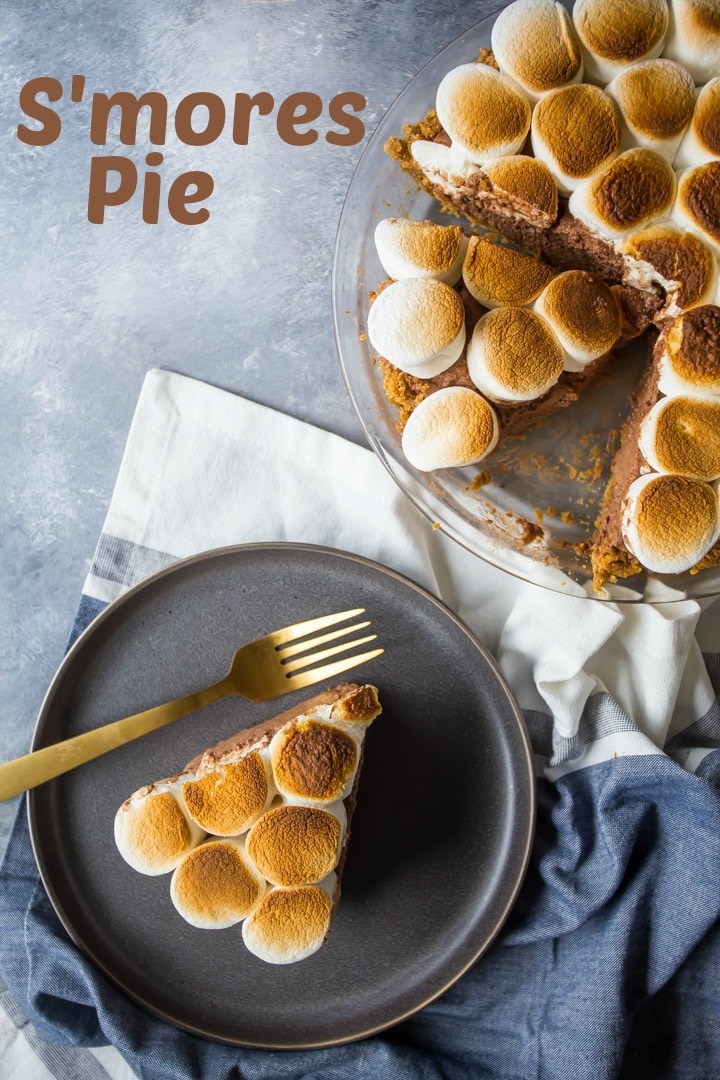 WHAT IS S’MORES PIE?

S’mores pie is inspired by that classic campfire treat: the s’more, consisting of a toasted marshmallow and a milk chocolate square, sandwiched between two crunchy graham crackers. It’s completely irresistible, and such a nostalgic summer treat!

In this pie version, we use graham crackers in the crust, and the chocolate takes a fluffy mousse form in the filling. The whole thing is topped off with marshmallows and toasted to golden brown perfection.

HOW DO YOU MAKE S’MORES PIE?

This is an easy recipe that’s just perfect for summer! There’s no baking involved, unless you count the quick broil that you give the marshmallows, to toast them.

Next comes the filling. It’s as simple as melting milk chocolate chips, water, cocoa powder, and a pinch of salt together, and folding in whipped cream.

The filling may seem a little thin at first, but don’t worry! It will firm up quite a bit as it chills.

The last step is to cover the top with marshmallows. You want every bite to have a marshmallow in it, so don’t be stingy!

You can toast the marshmallows in a couple of different ways: either with a brulee torch (which is so much fun!), or under the broiler.

For the s’mores pie you see here, I toasted the marshmallows under the broiler. Just a few words to the wise: lower your top oven rack a smidge, and DON’T WALK AWAY FOR A SECOND! Those marshmallows can go up in flames in a matter of seconds. Don’t ask me how I know! 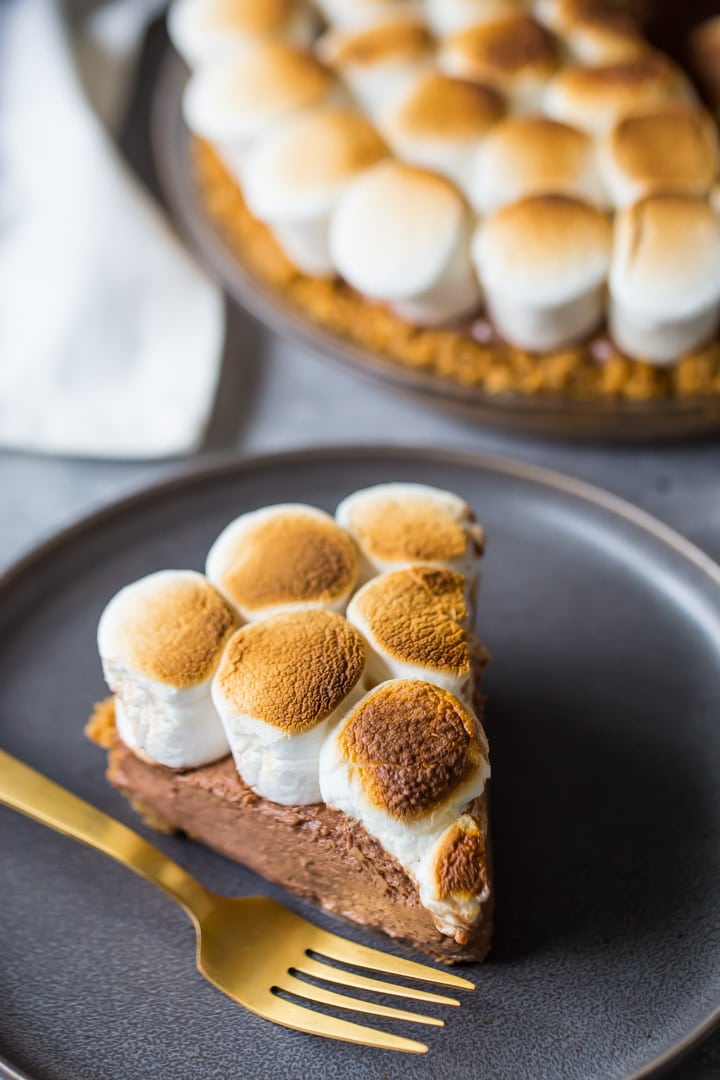 CAN I MAKE S’MORES PIE AHEAD?

I would definitely recommend it! It’s best if this pie has a few hours in the fridge to chill and firm up.

HOW TO STORE S’MORES PIE

I would definitely keep this s’mores pie cold if you can! The mousse filling will start to slump as it becomes warm, so it’s best to keep it in the fridge as much as possible.

It should keep in the fridge for at least a week.

I’m not sure this would freeze well- I’d worry that the mousse would become runny as it thaws. But I don’t think that will be a problem. This s’mores pie is such a treat I doubt there will be any leftovers! 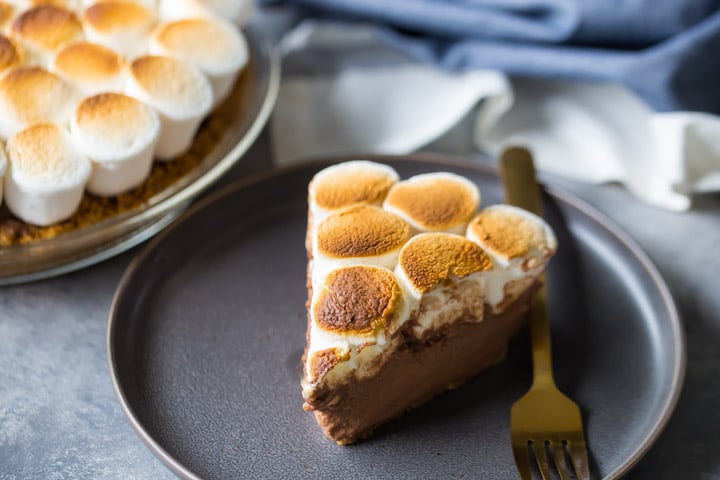 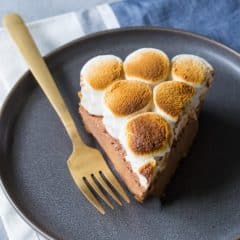