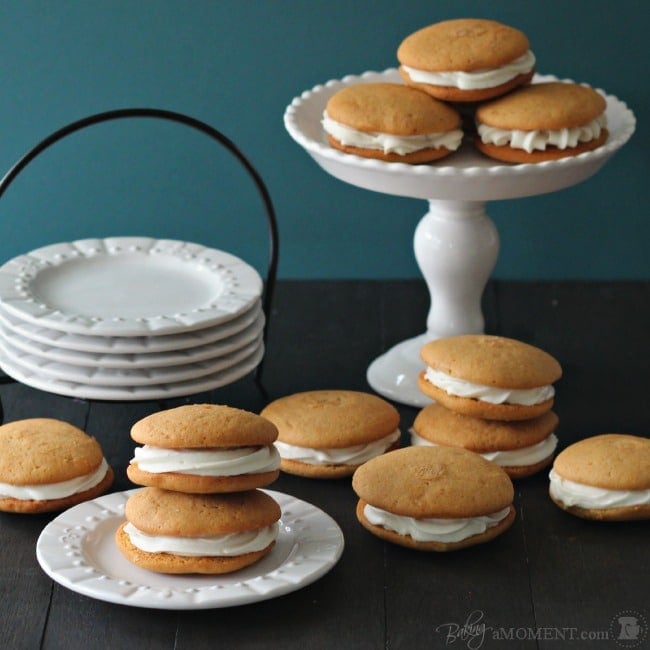 My husband and I came up with the most fabulous recipe idea last week.

I was so sure it was going to be totally amazing.

Like, that trifecta of awesome flavor, easy to make, seasonal, and beautiful to look at.

Um, ya, so that’s four things.  What do you call it when it’s four things?  Quadfecta?  Quadrifecta?  Sounds like some kind of disease or something.

Whatever, it doesn’t matter because it ended up being a total FAIL. Like, one fail when you’re like ok, it didn’t work out quite the way I’d hoped, but if I tweak it a little, I just know I can get it right.  So you stay up waaaaaay past your bedtime babysitting the oven and washing a crap-ton of dishes, just to have it totally FAIL in your face all over again.

I don’t know what hurts more, tossing a bunch of food down the garbage disposal, tossing a day’s work down the tubes, or not having a post to put up and getting completely derailed from your schedule.

SIGH!  Well, I haven’t completely given up.  I’m still going to try to salvage that post come hell or highwater… But for now, I’m bringing you a super delish and seasonal sweet that makes a perfect afternoon snack! 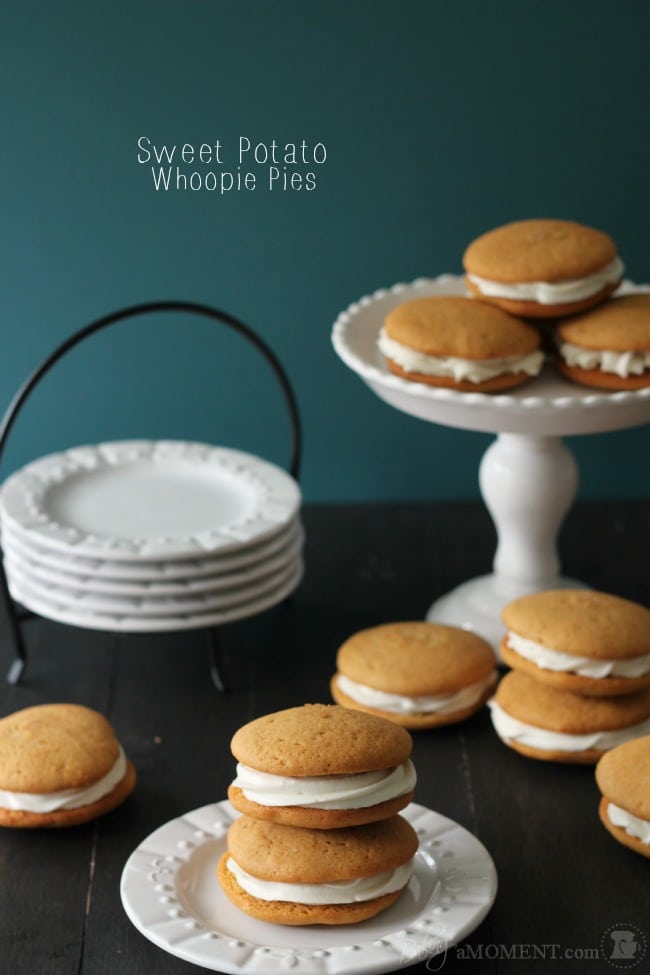 These whoopie pies are so fun.  I love that they have sweet potato in them, because it’s sorta like pumpkin, but a little bit different.  The spices are subtle but you definitely get that fall vibe.  And hey, you’re sneaking some veg into your kiddos!  I’m always up for that. 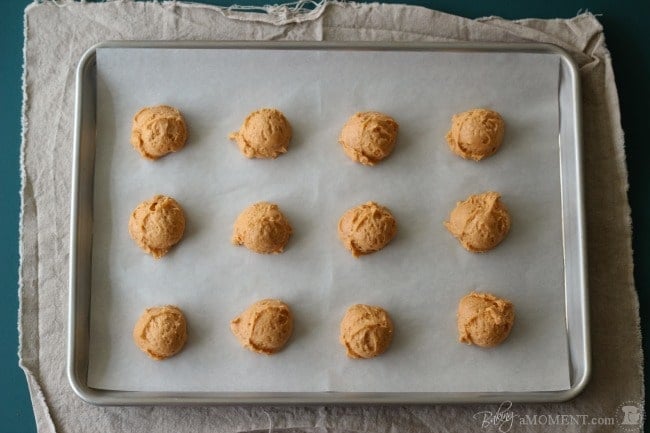 I tweaked a recipe from one of my new fave cookbooks, The Brown Betty Cookbook.  It’s loaded with the most gorgeous, vintagey cake recipes, all interspersed amongst the most heartwarming stories of a close-knit Philadelphia family.  I read the whole dang thing cover to cover and by the end I was wishing I had been raised in this family!

Anyhow, the Brown Betty recipe starts with whole roasted sweet potatoes, peeled, mashed, and passed through a fine-mesh strainer.  It wasn’t ’til I was done with all of that that I realized I probably could’ve just used canned sweet potato puree.  If you’re short on time, I’ve used Farmers Market brand in the past and been really happy with it.  Just don’t use sweet potato pie filling, because that’s already got sugar and spices in it, so it’d be overkill. 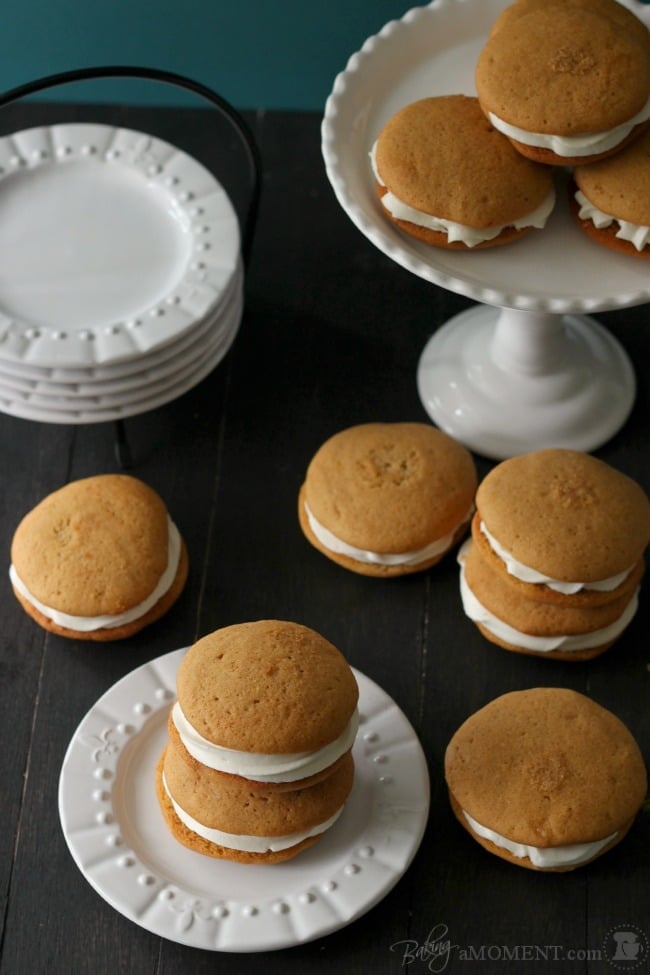 I filled these whoopie pies with my Magical Cream Cheese Frosting.  It’s a little more stable than the regular kind, so it works really well in a whoopie pie.  Sometimes things that are sandwiched get mooshed and the filling ends up spilling out the sides, so this is great because it really stands up and holds its shape.  You can download the recipe here. 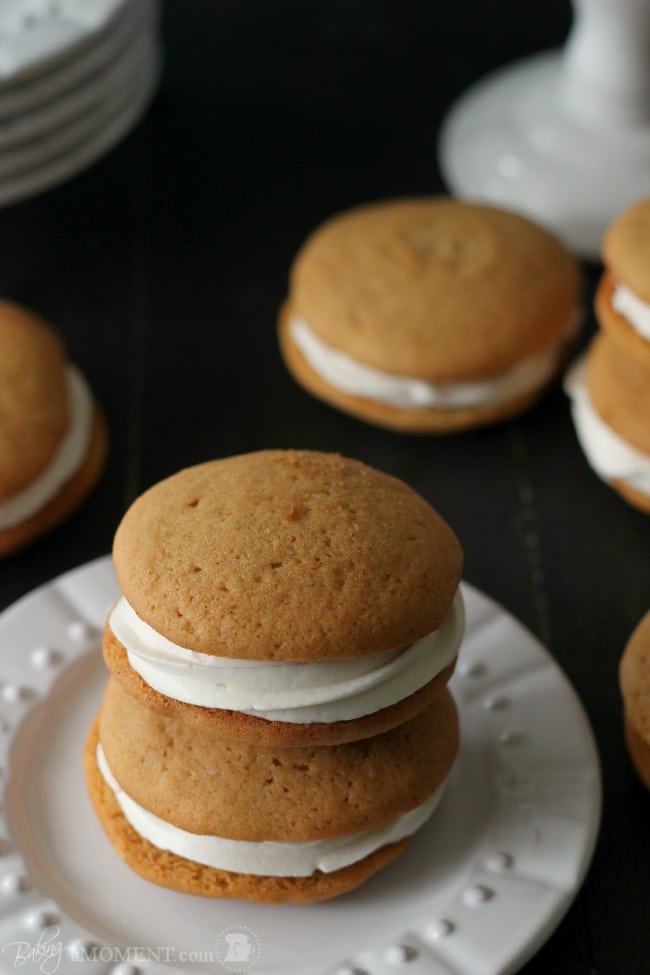 Have you ever had a recipe fail?  Did you have to scramble, or worse, show up empty handed, because of it?  Or are you Super Organized, with dishes ready and waiting for such an emergency?  I really need to figure out how to do that.  I can never seem to get on top of things…

Maybe I can occupy my kiddos for a while with these sweet potato whoopie pies, while I come up with a better time management schedule… 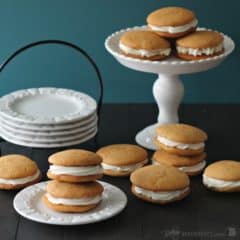