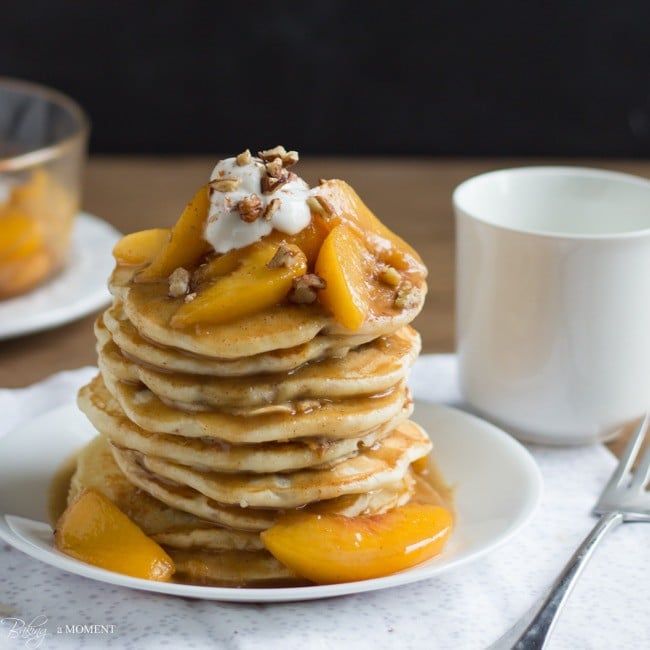 Can you believe I’ve never posted pancakes on the blog before???  That is just wrong.  Especially considering they get made on a pretty regular basis around here.

It took Mystery Dish to finally make an official pancake post a reality. 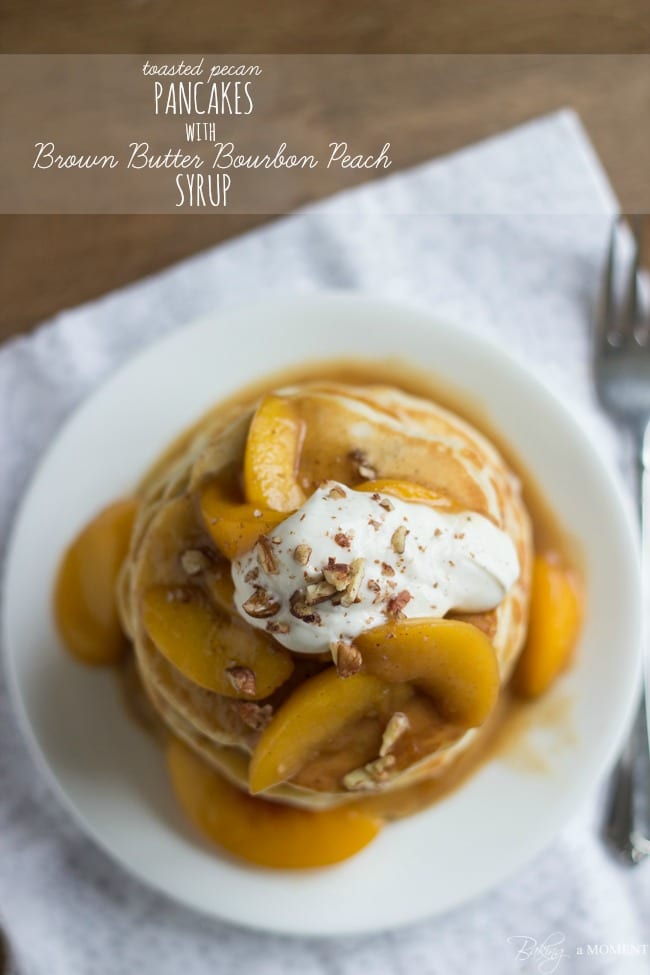 The lovely Meriem of Culinary Couture was our host this month, and she started us all off with a fabulous list of ingredients to play with:

You know what I love about this dish?  It’s peaches, which are summery, but the brown butter, toasted pecans, and bourbon are so cozy and warming they put me in mind of fall and winter.  And since our summer produce doesn’t come in until a little later in the season here in the Northeast, I chose to go with frozen peaches.  Which makes life so simple since they’re already peeled, de-pitted, and sliced.  And it also means that you can enjoy this dish all year ’round.

Maple syrup, it’s over.  No offense.  It’s not you, it’s me.  Actually, it’s not me either.  It’s brown butter bourbon peach syrup.  When I started out I thought it was just going to be a one-time thing, but who am I kidding?  There’s no going back now.

Oh my dear sweet Lord.  It is heavenly!  So buttery.  The peaches give off some of their sweet nectar plus there’s a little bit of dark brown sugar to bring out the caramel-y notes.  I added just a hint of cinnamon too, and the bourbon just takes it to a whole different level.

The pancake recipe is from Better Homes and Gardens.  I, like so many other new brides, received their cookbook as a gift when I got married.  Their buttermilk pancake recipe is spot-on and I’ve probably made it hundreds of times.  If you don’t keep buttermilk on hand, you can sour regular milk with a teaspoon or so of lemon juice or vinegar, or you can substitute equal parts plain yogurt (Greek or regular) and milk.  It works great.

I added a little plain Greek yogurt mixed with honey and vanilla bean seeds for garnish!  I highly recommend this.  The combination of flavors is just outta this world.  <—PS- did you see my Chobani giveaway?  You should totally enter!  😀

But first- check out what all my Mystery Dish peeps came up with! 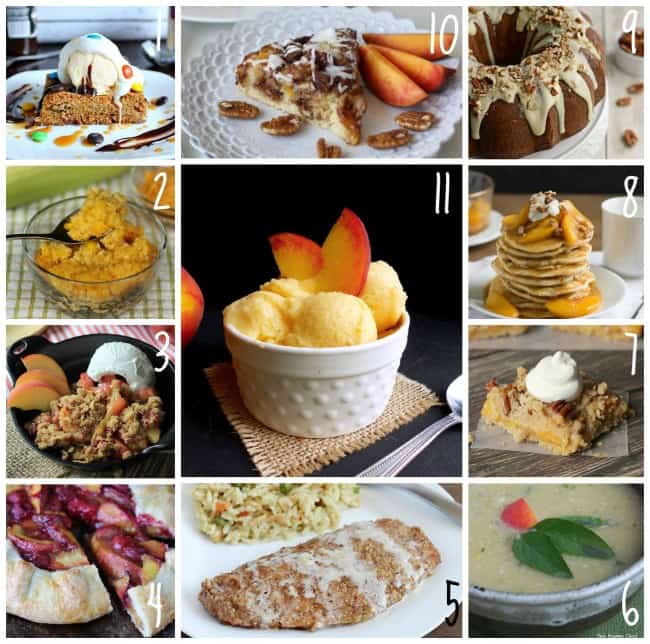 Pretty awesome right???  Thanks again, Meriem, for making all this deliciousness possible! 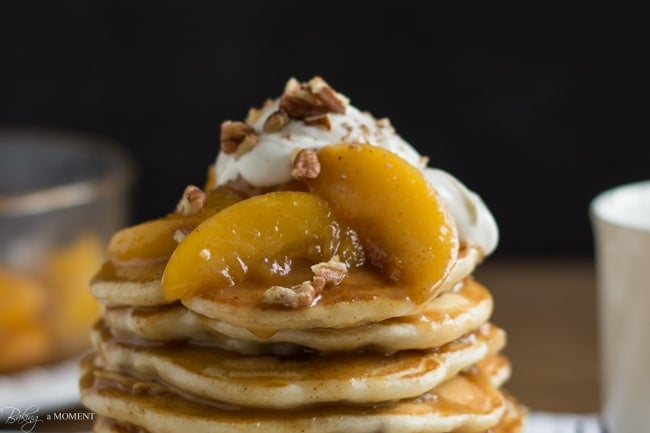 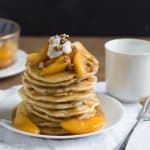