This banana pudding recipe is so next-level! Layer upon layer of vanilla wafers, pudding, bananas, and whipped cream. Off-the-charts good! 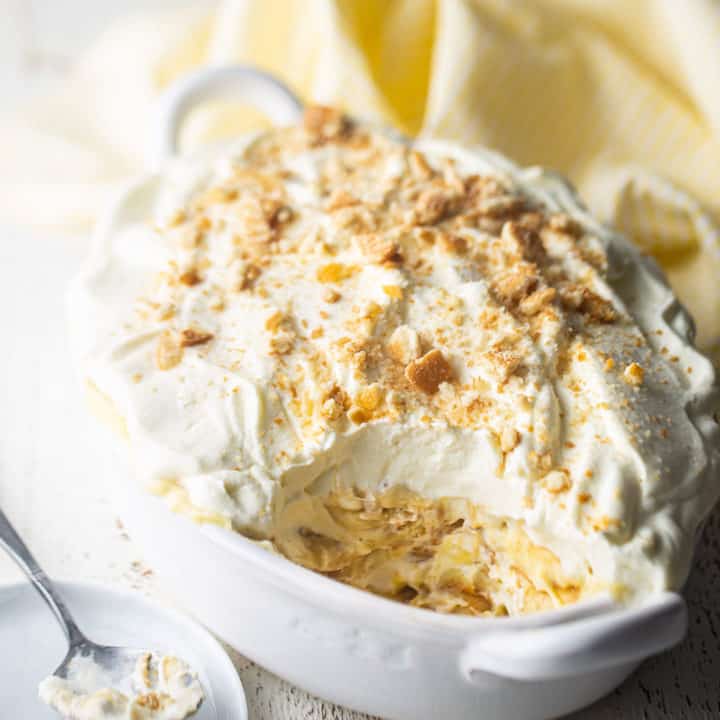 We made it to another Friday, woo-hoo!

And I’m here to arm you with something delicious to take with you into the weekend: banana pudding!

Now that things are warming up, I’m really ready to lean into no-bake dessert recipes. Not only is it nice not to have to turn on the oven on an already warm day, but nothing’s more refreshing than an ice-cold sweet treat. A dish of chocolate mousse, or a little panna cotta or no-bake cheesecake can really be the perfect ending to a warm night.

This banana pudding is a total classic, bumped up to the next level. It’s made from scratch, and I know I don’t have to convince you how much better things taste when they’re made from scratch! Wholesome ingredients like fresh eggs, milk, cream, and real vanilla give this dessert the most incredibly authentic flavor that no box mix could ever top!

And it’s honestly very simple to make. While there are a few hours of chilling time involved, that’s completely hands-off and you can get the whole thing made in less than an hour of active time.

So if you’re craving a cool, creamy, and tropical treat, look no further! 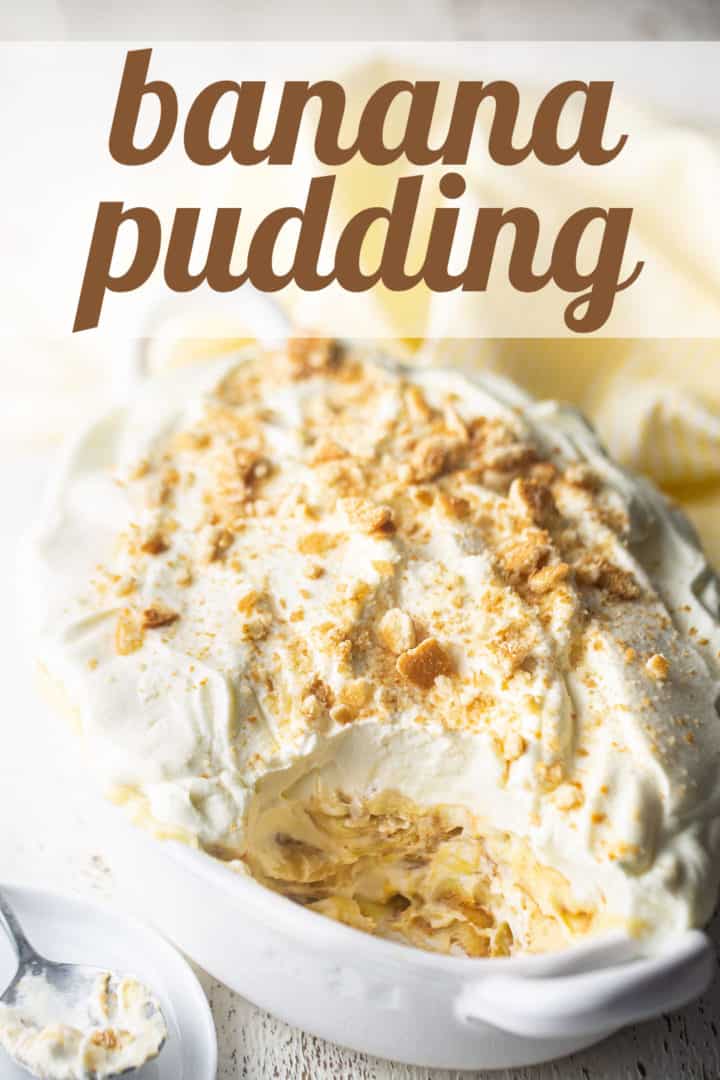 WHAT IS BANANA PUDDING?

The idea of banana pudding originated in the South, but it’s become so popular over the generations, you can find it all over the world now! It’s a true classic, traditional, and so beloved. You’d be hard-pressed to find a memorial day picnic or backyard barbecue where there’s not a pan of this set aside for dessert!

Everyone loves that perfect combination of vanilla pudding, freshly sliced bananas, vanilla wafers, and whipped cream, layered parfait-style and chilled until all the flavors meld together and the cookies become soft and cakey.

I’d characterize this dessert as a trifle or icebox cake. You could also call it a parfait, as I did above. It falls into any of those categories, where custard is layered with fruit, whipped cream, and cookies or cake. Truly a winning combination of flavors and textures!

HOW TO MAKE BANANA PUDDING FROM SCRATCH

This recipe has 4 simple components:

If you want to be a total superstar, you can make your own vanilla wafers. I’ve got a great recipe for those here: Homemade Vanilla Wafers.

But for what you see in these pics and video, I used store-bought vanilla wafers, and whipped cream is pretty basic, so mostly I’m going to focus on the pudding component.